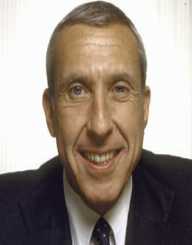 Ivan Frederick Boesky was an American investment banker and stock trader. Born on March 6, 1937, he played a conspicuous role in the mid-1980 insider trading scandal in the United States. He was therefore convicted for his role in 1986. The trial of Boesky led to formal charges against Michael Milken, also a bond trader.

Ivan Frederick Boesky was born on March 6, 1937, in Detroit, Michigan to Russian immigrants. His father was a restauranteur. Boesky received education at the Cranbrook School in Bloomfield High. He then continued at the Mumford High School, in Detroit. Following his graduation, he did some courses at Wayne State University, University of Michigan, and Eastern Michigan University. He never graduated from any of the universities. However, he later gained admission to Detroit College of Law (now Michigan State University College of Law) graduating in 1965.

In 1962, Boesky married Seema Silberstein, of a Detroit real estate magnate. The couple had four children, Marianne Boesky, Jonathan Boesky, William Boesky, and Theodore Boesky. They divorced in 1991, with Seema agreeing to pay him $23 million and $180,000 a year for life.

Following his graduation, he briefly worked in Michigan as a law clerk and accountant. Boesky Seema left for New York in 1966. While there, he worked on Wall Street as a securities analyst with some stock brokerage companies. With financial assistance from his father-in-law, Ben Silberstein, Boesky established the arbitrage firm, Ivan F. Boesky & Company, in 1975. He started with $700,000 ($3.3 million in 2018). The company became very successful. It also attracted buy-in investments from new partners.

Boesky ultimately became an astute arbitrageur earning the nickname “Ivan the Terrible.” By the 1980s, he had made about $200 million by betting on corporate buyouts and mergers. The sale of the Beverly Hills Hotel, also earned him $136 million. Seema inherited the hotel after her father died.

Boesky and corporate financiers including Sir Games Goldsmith and T. Boone explored opportunities in a loophole in the public and private market values to raid corporate targets. The practice was legal as far as the trading in the targets’ securities is founded on the public knowledge of the looming acquisitions.

The US Securities and Exchange Commission (SEC) launched investigations into some investments Boesky made after receiving insider tips from corporate officers. These purchases mostly occurred just some few days before such corporations announced an acquisition. Boesky gained huge returns from such transactions. Using insider information to trade was illegal. However, SEC mostly failed to pursue perpetrators. Therefore, such incidence kept happening.

Boesky pleaded guilty on one count of a felony in November 1986. Also, he agreed to collaborate with the SEC in their investigations. He agreed to the cooperation to earn him a lenient conviction. As such, he allowed the SEC to tape his conversation with takeover specialists and corporate insiders. This included a conversation with junk-bond trader Michael Milken. Milken and his firm Drexel Burnham Lambert were subsequently investigated and entered a guilty plea.

Boesky received 3 1⁄2 years prison sentence for his corporation. In addition, he received a fine of $100 million and a life ban from the securities industry. However, after serving two years at the Lompoc Federal Prison Camp, California, he gained his freedom. Prior to his conviction, Boesky gave a speech at the University of California, in 1986, where he praised the positive sides of greed. According to him, greed was health.

Following his release from prison, Boesky started practicing Judaism. He also attended classes at the Jewish Theological Seminary of America. He has been a donor of the seminary since he joined.