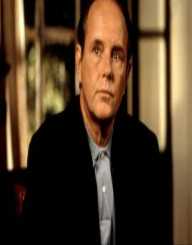 Michael Moriarty was born on April 5, 1941, in Detroit, Michigan. His father George was a surgeon, but his grandfather was a third baseman and manager in the major leagues for 40 years. Moriarty attended the Cranbrook School in Bloomfield Hills, and later went to University of Detroit Jesuit High School. He began studying at Dartmouth College in 1963 and majored in theatre. After receiving his diploma, he won the Fulbright Scholarship which allowed him to attend the London Academy of Music and Dramatic Art.

After finishing his academic studies, Michael Moriarty worked as an actor in Guthrie Theater in Minneapolis. His first motion picture was the 1973 film Bang the Drum Slowly opposite Robert De Niro. He also starred in the film adaptation of Broadway play The Glass Menagerie. For this role, he won the Emmy Award for Best Supporting Actor.

Moriarty won his first Tony Award in 1974, for his role in the play Find Your Way Home. During this time, his career as a stage actor was flourishing, while his screen career was just developing. Moriarty won his second Emmy award for his portrayal of a German SS officer in television series Holocaust. During the 1980s, he starred in several films and television shows, such as Q, The Stuff, A Return to Salem’s Lot and Pale Rider.

In 1989, Michael Moriarty was cast in the HBO production Tailspin-Behind the Korean Airliner Tragedy, but his performance was majorly ignored and ridiculed. One of his best-known roles from the 1990s was as Ben Stone in the television series Law & Order. He starred in the show for four years but left in 1994.

His latest projects have been The Last Detail; Along Came a Spider, Emily of New Moon and James Dean. For the latter, Moriarty won his third Emmy award. Moriarty made his debut as a screenwriter in 2007 with the film Hitler Meets Christ.

Michael Moriarty is a semi-professional jazz pianist and a classic composer. He has recorded jazz albums and performs regularly in New York and Vancouver. When Moriarty left Law & Order, he moved to Canada and lived in Halifax, Nova Scotia. He was later granted Canadian citizenship and settled in Vancouver, British Columbia.