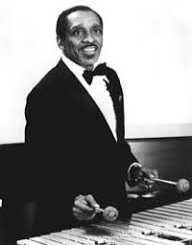 Milton Jackson popularly known as Milt, was born in Detroit on January 1, 1923. He was the son of Manley Jackson and his wife Lillie who had five other children. Jackson grew up in a practicing Christian family environment.

His father, who was an amateur musician himself encouraged him to pursue music. His mother noticed his talent and introduced him to the church choir. He learned to play the guitar at the age of seven. When he turned eleven, Jackson was playing the piano.

Milton Jackson went to Miller High School before going to Michigan State University. While still in high school, Jackson learned to play an array of musical instruments. In addition to the guitar and piano, he played the drums, xylophone, and violin and also sang in the school choir. Apart from the school choir, he joined other singing and dancing formations. He eventually settled in the group Evangelist Singers.

Jackson got the taste of the vibraphone when he turned 16. His music teacher introduced him to a strange instrument. He gradually gained experience on how to use it. Jackson found little vibraphonists to emulate in the jazz world.

Milton Jackson decided to work on creating his style of music. He fused the traditional bebop genre of jazz with his dynamic innovations to form a new vibrant tune in the jazz world.

The entry of the US in WW2 hampered his musical progress. Jackson joined the military in 1942. He left the army in 1944 after serving tours. He returned to Detroit and created an ensemble called The Four Straps. It consisted of Emit Flay on the guitar, Willie Anderson on the piano and Miller Clover on the bass. Jackson became an all-rounder instrumentalist.

In 1945, Dizzy Gillespie noticed Milton Jackson playing at a club in Detroit. He brought him to Los Angeles for a performance at the Billy Berg’s club. Jackson settled in the band led by Gillespie. He began touring around the US with the group. He became an integral member of the band replacing saxophonist Charlie Parker.

Jackson added his expertise in the studio recording of the Tadd Dameron’s album Our Delight. In 1946, he was a guest artist in the recording of the songs Anthropology and a Night in Tunisia. He shot into the limelight after the release of the two songs. He recorded his compositions with the help of Kenny Clarke. The tree songs were Oop Bop Sh’Bam, One Bass hit and That’s Earl.

Two years later in 1947, Jackson left the Gillespie band. He joined the band Blue Note. With the group, he recorded songs like Evidence, Ephistrophy, Ask Me How four In One and Criss Cross. Jackson formed a partnership with the Blue note bandleader Woody Herman. In 1949, he joined Herman in a performing tour.

They traveled to Cuba with Herman’s ensemble. Jackson performed in Havana’s Tropicana resort club with the band. Surprisingly, the crowd disliked the kind of music the group played. Jackson stepped in to play his style of music to the delight of the crowd.

After his return from Cuba, Milton Jackson recorded songs with Gillespie. He left the band in 1952. He moved out with members of the ensemble to create the band called The Modern Jazz Quartet, also known as MJQ. He stayed with the band until 1974.

Milton Jackson performed with the MJQ during the 1950s. Occasionally, Jackson went aside to record and performed as a solo artist. In his natural style, he collaborated with other great jazz artists like Coleman Hawkins, and Jimmy Heath to record some of the best genres of modern era jazz. He appeared as aside kick in the recording of Miles Davis’ studio album Bag’s Groove. He did duet recordings with other jazz luminaries in 1959.

In the 1960s, he made strides in the jazz industry with recordings with high profile jazz musicians. He recorded the album Bags Meets Wes in 1961. The following year, he released the album Lonely Woman with his band, MJQ. In the 1970s, he did captivating recordings.

In 1972, Milton Jackson recorded the album Sunflower. He assembled a talented team for the recording. Some of the artists involved were Freddie Hubbard on the trumpet, Billy Cobham on the drums and pianist Herbie Hancock. The group MJQ disintegrated in 1974.

Jackson embarked on a solo recording and performing career. He signed a recording contract with the label Pablo Records. He toured several events including the Montreux Jazz Festival in 1975. He did a solo album titled Soul believer in 1978. In 1981, he briefly regrouped with the group MJQ for a tour of Japan. He did spontaneous performances with the group until 2000. Throughout the years, he collaborated with other musicians who sought his help and vice versa.

Milton Jackson got an honorary Ph.D. from the Berklee College of Music. He received two inductions into the hall of fame in 1996 by the Percussion Hall of Fame and in 1999 by the Down Beat Magazine.

On October 9, 1999, Milton Jackson died of liver cancer. His body was buried at the Woodlawn Cemetery in New York.

He was fluid in his compositions and performances. Jackson developed a style of vibraphones that complemented the so-called Negro music. He revolutionized the ballads, blues, and jazz.