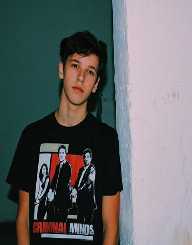 Social media personality Oscar Rosenstroem was born on March 14, 2002, in Denmark. He has a younger brother and a twin sister. Rosenstroem began his rise to stardom at the end of 2015, when he began posting videos on the musical site musical.ly. After posting several videos, he began to acquire a fan base. Just in one year, his follower count on musical.ly rose to 750,000, with most of his fans being teenagers.

Rosenstroem gained even more popularity after joining the popular application Instagram, where he quickly acquired around 100000 followers. On Instagram, he mostly posts photos of himself and some videos where he sings.

?Rosenstroem has gained his fan base by posting videos of him lip-syncing to popular songs. He is widely famous amongst his fellow musical.ly users. Rosenstroem performs to a wide variety of songs, like rap music and acoustic covers. He now has several hundreds of videos on the musical.ly site, and his popularity keeps on increasing.
One of the most popular of his performances on musical.ly was the song by Cameron Dallas- “She Bad.” He has also posted several videos staring his twin sister.