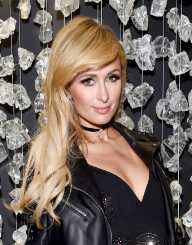 Paris Whitney Hilton was born on 17th February 1981, to Richard Hilton and his wife, Kathy Hilton. Her father Richard is a multi-millionaire, specializing in real estate, and her mother Kathy is an actor, so Paris was born, as the saying goes, with a silver spoon in her mouth.

Paris Whitney Hilton is the eldest of four children. She has a sister Nicolai, known as Nicky, and two brothers, Barron and Conrad.

In 1995, Paris Whitney Hilton graduated from St. Paul the Apostle school where she had done all her early study.

Her family then moved to the East Coast, and Hilton attended several high schools in succession. Her troubled days of study were soon over when she dropped out of junior high.

Hilton’s career has been busy and varied. Her acting, unfortunately, has been more forgettable than famous. Paris Hilton has acted in several movies. She had a small role in ‘Zoolander’ with Owen Wilson and Ben Stiller, and there were movies like ‘Nine Lives’ and ‘Bottoms Up’ that went straight to DVD.

Paris Hilton started modeling as a young child, and when she was 19, she was signed up by

T Management, owned by Donald Trump. During her modeling period, Hilton earned her reputation as a socialite and party girl, always being seen out and about in all the right places.

In 2003, Paris Hilton and her friend Nicole Ritchie were signed by Fox for the reality show, ‘The Simple Life.’ The ratings were good, and the show ran until 2005 before it was canceled due to a rift between Hilton and Ritchie at the time.

Although several networks bid for the rights to the program, E! eventually won out. They started shooting new episodes in early 2006.

Paris Hilton was also busy during this period working on other projects. 2004 in particular, was a very busy year. She worked in conjunction with the Samantha Thavasa label to release a range of purses, and she also released her jewelry range. The jewelry was sold on Amazon.

As well as the lifestyle ranges, Hilton also released her autobiography. It was titled ‘Confessions of an Heiress: A Tongue-in-Chic Peek Behind the Pose.’ The book made it into the top 10 on the New York Times Best Seller list. It was co-written with Merle Ginsberg.

In 2005, Paris Hilton released her second book, ‘Your Heiress Diary: Confess It All To Me.’

Behind the scenes from 2003, Paris Hilton was also working on music. Her debut album was released in 2006 to mixed reviews. Even though the reception was mixed, the album made it to number 6 on the Billboard top 200.

In 2007, Paris Hilton partnered with Hair Tech International and released her range of hair extensions. The range was called DreamCatchers. 2008 saw Hilton release her range of dog clothing, named Little Lily. Hilton owns quite a few dogs of her own and came up with the idea to produce a range of canine attire.

Paris Hilton has had various infamous incidents over the years, all attracting attention to her for the wrong reasons, but helping her career in the long run. It’s the old saying – any publicity is good publicity!

A sex tape was released in 2003. Hilton ended up getting a payout after suing over the release of the tape.

In 2006, she was charged with driving under the influence of alcohol. She was arrested and her driver’s license suspended, which caused issues with the filming of ‘The Good Life’ at the time. She received 36 months probation and a fine.

In early 2007, a website called parisexposed.com started charging a fee to access personal information which they claim was obtained when the contents of a storage locker were auctioned because Hilton hadn’t paid the bill. Hilton had the site shut down with a temporary injunction, but not before the site had several million hits.

Also in early 2007, Paris Hilton was stopped again by the police and was found to have a suspended license. She agreed in writing not to drive, but only one month later she has pulled over yet again for speeding in the dark with no lights on, and it was then found she had a suspended license. She was found to be in breach of her probation conditions, and much to her dismay was ordered to do jail time. Due to her having to spend time in prison, ‘The Simple Life’ stopped filming in July 2007.

Once again, Paris Hilton was bringing more entrepreneurial projects to fruition. Hilton signed a licensing agreement with Antebi for a signature range of footwear. In mid-August she introduced a range of clothing at the Kitson Boutique in Los Angeles, and to finish off the year, she posed nude with body paint to promote a range of wines. 2008 saw more filming for Hilton. She had a documentary shown at the Toronto International Film Festival titled, ‘Paris, not France.’ It was a refreshing side to Hilton that hadn’t been seen before.

Paris Hilton filmed another reality TV series called ‘Paris Hilton’s My New BFF.’ The show was a great success and filmed in various other countries, filming in 2009 as well. Another fragrance was released in July 2009 called ‘Siren’ and this one the Celebrity Fragrance of the Year for Hilton.

Later that year, she introduced her sunglasses range in conjunction with Gripping Eyewear which became available in early 2010 in stores. Soon after that, she released her hair and beauty products.

2010 also saw another fragrance, along with a new footwear range. The year also saw two more brushes with the law about drugs. The first incident was dropped, but the second incident saw Hilton charged again, this time for cocaine possession. She was given probation and a fine.

The drug conviction stopped Paris Hilton from participating in an Asian fashion promotional tour as drug laws in most Asian countries are extremely strict.

In 2011, there was further filming and also product releases, and Hilton opened two more fashion stores in the Philippines. This brought the total to four. She also acknowledged plans to open her first store in India, with seven more to follow.

Another store was opened in Mecca during 2012, and over these last couple of years, Hilton was also modeling at some high profile fashion events.

From 2013 onwards, Paris Hilton has been back in the studio recording and releasing music. She has opened her 44th store which is extraordinary and continues to film and diversify.

Paris Hilton has filmed 24 movies and has appeared in 17 television series. She has been nominated for 22 different awards, unfortunately, some of them not very complimentary. When you add to that her books and all her product lines that have been released as well as her music, Paris Hilton is the ultimate entrepreneur.

Although one of the children entitled to inherit the Hilton fortune, Paris Hilton is a competent and wealthy businesswoman in her own right.