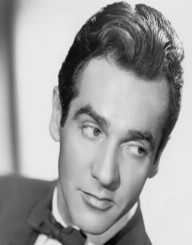 Gene Krupa was born as Eugene Bertram “Gene” Krupa in 1909 in Chicago, the United States. He was the youngest of nine children in his family. His parents Anna and Bartolomej were of Polish descent, and extremely religious Catholics. This was the reason for them wanting Gene to become a priest.

The parents sent Gene Krupa Gene to several religiously oriented schools, and after graduating high school he studied in Saint Joseph’s College for almost a whole year, but he did not finish the studies, as he realized that this was not his interest.

His interest in drum playing awoke in the twenties when he began playing drums professionally in some bands. In 1927 he played drums for a jazz band “Thelma Terry and Her Playboys,” where the leading singer was a female.

At the time it was very unusual that a band would have a female leader, but not be a girl band. They were successful and did several tours over the United States.

In 1927 Gene Krupa recorded his first songs with Red McKenzie, who was the leader, and Eddie Condon, who was a guitar player. These early recordings represent the Chicago jazz style. Some of the most widely recognized recorded pieces by Krupa at the time were “Liza” and “China Boy.”

After the first recorded songs, Gene Krupa devoted time to studying African drumming, and cylinder recordings of it. In the forties and fifties, Gene Krupa also played with press rolls, which was a favorite playing technique at the time.

This extensive experimentation and studying of other styles of drum playing led to Gene Krupa developing his style. Even though several other artists like Chick Webb, Ray Bauduc influenced Krupa’s playing, he nevertheless held on to his approach.

Later in 1928, Gene Krupa participated in recording more songs by Thelma Terry. After a period in 1934, Krupa started playing in a band of Benny Goodman. This collaboration made Gene Krupa famous outside the musical industry, but also in the society. One of the loudest recorded songs at the time was “Sing, Sing, Sing,” that very much contributed to this popularity.

This song was the first commercially recorded song that had a drum solo in it. Unfortunately, personal relationship between Gene Krupa and Goodman was not stable, and they parted their ways.

After leaving Goodman’s band in 1938, Krupa played in a concert in Carnegie Hall. He played drums in the movie “Ball of Fire” in 1941, with a song “Drum Boogie.” The lead singer of the song was Barbara Stanwyck. Gene Krupa had participated in composing the song together with Roy Eldridge, the trumpeter.

Together they released another version of the song, where Gene Krupa plays drums with drumsticks, matchsticks and has a matchbox instead of a drum, and the audience lead by Stanwyck sing to it.

In 1943 Gene Krupa was arrested for having marijuana. This arrest made him leave the band, and after for a year, he played again in Goodman’s band.

Some of the most large orchestras parted ways in the late forties, and this made Krupa also downsize his band. In 1951 he was left with just a three of four participants, often with tenor sax, clarinet player, and harmonica master Eddie Shu.

The band was often performing Jazz at the Philharmonic events. In 1946 he performed for a movie “The Best Years of Our Lives.”

This marked a start of appearing in several movies. In 1954 it was “The Glenn Miller Story,” “The Benny Goodman Story,” and in 1959 also his own story saw daylight in a movie “The Gene Krupa Story.”

Gene Krupa developed back problems in the late sixties, and this forced him to retire from an active music career. To stay active and involved, he opened his music school.

The music school helped several other recognized artists to grow, some of them were Peter Criss from the band Kiss or Jerry Nolan from the band “The New York Dolls.”
Several times after retiring Gene Krupa appeared in public to perform nevertheless.
Gene Krupa died at the age of 64, in 1973 in New York.

Gene Krupa was married to Ethel Maguire. They got married in 1934. This lasted only until 1942 when they split up. After a couple of years, they married again in 1946. This time they stayed married until she passed away in 1955. After Ethel’s death, Gene Krupa married once again, this time to Patty Bowler.

Gene Krupa had an episode of imprisonment for 90 days due to marijuana possession. He served 84 days until was released; as some information was revealed that the testimony against Krupa was falsified.

At the end of life, as he was 64 years old, Gene Krupa developed leukemia, which in order led to heart failure and death.

Gene Krupa was the first drummer to endorse Slingerland drums.This led to Slingerland developing such tom-toms that in no time became an essential part of every drummer’s look.

Gene Krupa revolutionized and popularized several cymbal playing techniques. After his input into this method, several cymbal techniques became recognized as standards, for example, pang cymbal, crash cymbal, swish cymbal and some others.

Gene Krupa was one of the rare first drummers who used a bass drum for playing jazz. Gene Krupa also wrote and was a co-composer for several songs that were later recorded by the top performers of the time.