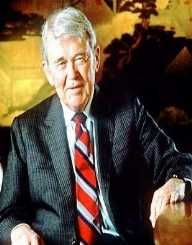 William Redington Hewlett was born on May 20, 1913, Michigan. He was the son of Albion Hewlett, a respected scholar who lectured at the University of Michigan. In 1916, Albion Hewlett accepted an offer to teach at Stanford University. He moved with his family to San Francisco. In 1925, Albion Hewlett died of a brain tumor. William was raised by his mother.

William Hewlett went to Lowell High School. After graduating from high school, Hewlett joined Stanford University. He got the admission as a reward for the service his father gave to the college. In 1934, he graduated from the university with a degree in Science. In 1936, he earned his Master degree in Science from the Michigan Institute of Technology. Hewlett went back to Stanford. In 1939, he graduated with a degree in Electrical Engineering.

At Stanford University, Hewlett met fellow student David Packard. They became lifelong friends. In 1939, Hewlett and Packard founded an electronics company. The two were encouraged by their former lecturer Frederick Terman. Terman suggested the company be called Hewlett-Packard Company. David Packard hosted the company’s first office at his rented backyard garage in Palo Alto, California. The company started producing oscillators. In 1940, the company sold its first major merchandise, an audio oscillator to Walt Disney. The company sales rose after the success of the Walt Disney trial.

Hewlett served in the US military during the WW2. He was deployed in the signal corps division due to his vast knowledge in electronics. When the war ended, he was discharged. He returned to the garage office in Palo Alto.

Hewlett and his partner incorporated the company in 1947. The company cultivated a culture that came to be known as the HP way. Hewlett and Packard believed in generating revenue and helping nurture talent of the employees. Steve Jobs, the founder of Apple got a summer job at the age of 12 at Hewlett-Packard. Other employees also benefitted from the plan.

Soon after his return from Japan in 1954, Hewlett became the President of the Institute of Radio Engineers. In 1947 he was elected the Vice President of the company. In 1964, he became the President of Hewlett-Packard. He held the position until 1977. He also served as the Chief Executive Officer for 10 years, from 1968 to 1978. Under his leadership, Hewlett helped the company create the first scientific calculator. In 1968, the company produced the desktop calculator that was less bulky and user-friendly. In 1972, Hewlett-Packard produced the first pocket-sized scientific calculator. The company continued with the innovation trend. In 1984, the company produced a laser jet printer for the computer industry.

Hewlett also headed other institutions in the US. He was elected the director of Hexcel for 10 years starting from 1655. He was a board director at the Chase Manhattan Bank. The bank later rebranded itself to its current name JP Morgan Chase. Hewlett served on its board from 1968 to 1980. He served at the auto manufacturer Chrysler Corporation board from 1966. He stayed as a director until 1983.

In 1939, Hewlett married Flora Lamson. Flora died in 1977 after 38 years of marriage. Hewlett got 5 children with Flora. He married Rosemary Bradford in 1978

Hewlett was a philanthropist. He took the HP way culture to his personal life. In 1966, he co-founded the William and Flora Hewlett Foundation. It provided grants and scholarships in support of various projects. Apart from the foundation, Hewlett directly donated finances to various learning and charitable organizations. Like his father before him, Hewlett sacrificed much of his time and finances to help the Stanford University fraternity.

He was honored by several institutions for his efforts in improving the society. He received six medals for his input in the scientific world. Hewlett was posthumously inducted into the Entrepreneurs Hall of Fame in 2011.

Hewlett had an entrepreneurial mind. He developed scientific gadgets that changed our lives. He also created a way of giving back to society. He started with his employees and then to the larger community. Today, Hewlett is idolized by a building at the Stanford University named the William R. Hewlett Teaching Center.