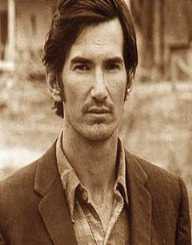 Townes Van Zandt was born on March 7, 1944, in Fort Worth, Texas, USA. His parents were Dorothy Townes and Harris Van Zandt. He also had a brother and sister: Bill and Donna.

Townes Van Zandt began playing the guitar when he was in middle school. Sadly, while he was attending Shattuck School, he was diagnosed with manic depression. His depression would no doubt go on to influence his music, even though it did not influence his studies much. He still held high grades throughout his academic career.

Townes Van Zandt began his musical career after college. He played cover songs by the famous artists at times. He worked in lounges and clubs throughout the 1960’s. It was while doing these shows that he was introduced to Jack Clement, who would later go on to help him produce music. In 1969, Van Zandt produced his first album: Our Mother the Mountain. He also produced Townes Van Zandt in this same year.

The 1970’s was also a productive time for Townes Van Zandt. He produced several albums in his decade: Delta Momma Blues; High, Low, and In Between; The Late Great Townes Van Zandt; and one live album: Live at the Old Quarter, Houston, Texas. In 1973, he was also featured in the documentary, Heartworn Highways. Near the end of the 1970’s, he hired a new producer, John Lemox. It was not long before he fire him and took back his old producer.

The 1980’s were a slow time for Van Zandt. It wasn’t until 1987 that he produced a new album: At My Window. This album had great reviews.

He produced his last album, No Deeper Blue, in 1995. Some of his most famous songs are listed below.

Townes Van Zandt was married three times. He was first married to Fran Petters in 1965. Together, the couple had one child. They later broke up in 1970. He remarried for a second time in 1978 to Cindy Morgan. The marriage ended in divorce. He married for the last time in 1983 to Jeanene Munsell. Together, the couple had two children together. This marriage too ended in divorce.

For most of his adult life, Townes Van Zandt was addicted to heroin, cocaine, and alcohol. All of these addictions deeply impacted his health terribly. Oddly enough, his death was not due to his addictions. He fell a set of stairs and died a week later from cardiac arrhythmia. Townes Van Zandt died on December 1, 1997, in Smyrna, Texas, USA. He was 53 years old when he passed away.

In 2003, some of his previously unreleased songs were made into a new album called In the Beginning. In 2006, almost a decade after his death, a biopic based on his life was released called Be Here to Love Me.

A tribute album was made in his honor in 2009 called Townes.