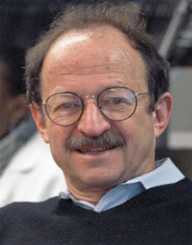 Harold E. Varmus is an American scientist and a Nobel Prize in Physiology or Medicine winner. Harold E. Varmus won the Prize along with J. Michael Bishop in 1989 for the discovery of the cellular origin of retroviral oncogenes. Born on December 18, 1939, Harold E. Varmus was appointed by President Barrack Obama as the 14th Director of the National Cancer Institute. Harold E. Varmus is a Senior Associate at the New York Genome Centre and the Lewis Thomas University Professor of Medicine at Weill Cornell Medicine.

Harold E. Varmus was born to Beatrice and Frank Varmus in Oceanside, New York. His mother was a social service worker, and his father was a physician both of Jewish with Eastern European descent. He received his education from Freeport High School where he graduated in 1957. Harold E. Varmus then enrolled at Amherst College where he initially wanted to study medicine but later chose literature, graduating with a B.A in English Literature. He continued with his graduate degree in English at Harvard University in 1962. However, he regained his interest in studying medicine and therefore started applying to medical school.

Harold E. Varmus applied to the Harvard Medical School but was rejected twice and eventually ended up at the Columbia University College of Physicians and Surgeons in 1962. As an alternative service in the Vietnam War, Varmus served at the Public Health Service at the National Institutes of Health in 1968. Harold E. Varmus had previously worked at a missionary hospital in Bareilly, India and later at the Columbia-Presbyterian Hospital. At the National Institute of Health, he worked under Ira Pastan doing research on the regulation of bacterial gene expression by cyclic AMP. Varmus gained a fellowship from the California Division of the American Cancer Society for his postdoctoral research in Bishop’s lab at theUniversity of California, San Francisco in 1970.

From 1968 to 1970, Harold E. Varmus joined the commissioned corps as a Clinical Associate in the laboratory of Ira Pastan at the National Institute of Health in fulfillment of his war obligation during the Vietnam War. During his time there, he worked with Pastan, and other researchers worked to describe some of the mechanisms through which the cyclic AMP transcriptionally regulates the lac operon of E. coli.  After his postdoctoral studies with Michael Bishop at the University of California, Francisco, Harold E. Varmus was appointed an Assistant Professor at the University’s Department of Microbiology and Immunology in 1972.

In 1979, he was promoted to a professor working in that capacity until 1984, when he became an American Cancer Society Research Professor. While there, he research was focused on the mechanisms by which retroviruses replicate, cause cancers in animals, and produce cancer-like changes in cultured cells. He worked all this while with Michael Bishop and this collaboration led to the discovery of a cellular gene (c-src) that gave rise to the v-src oncogene of Rous Sarcoma Virus. Peyton Rous first isolated this cancer-causing virus from a chicken sarcoma in 1910. Their discovery paved way for further identification of several other cellular proto-oncogenes—progenitors of viral oncogenes and targets for mutations that drive human cancers. With this, Harold E. Varmus shared the Nobel Prize in Physiology or Medicine with J. Michael Bishop in 1989.

In 1993, he was appointed as Director of the National Institute of Health and in 2009, was appointed by President Barrack Obama as a member of the President’s Council of Advisors on Science and Technology, which he resigned in 2010. That same year, President Obama appointed him as the Director of the National Cancer Institute, making him the 14th director of the institute. Harold E. Varmus resigned from his position in 2015, to become a Lewis Thomas University Professor of Medicine at Weill Cornell Medicine. He was also a Senior Associate at the New York Genome Centre.

In 1969, Harold E. Varmus married to journalist and science writer, Constance Louise Casey. They have two sons Jacob, a jazz trumpet player, and composer a Christopher, a social worker.

Harold E. Varmus has won several awards, including the Albert Lasker Award for Basic Medical Research, 1982, Alfred P. Sloan, Jr. The prize, 1984, Double Helix Medal, 2011 and Glenn T. Seaborg Medal in 2012. He was elected a Foreign Member of the Royal Society in 2005.