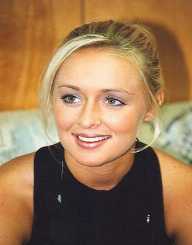 Mindy McCready followed it with the Gold-certified “If I Don’t Stay the Night” in 1997. Her other albums include I’m Not So Tough, 1999 and I were Still Here in 2010. She battled drug use and depression for several and attempted suicide on two different until February 17, 2013, when she shot herself dead.

Melinda Gaye McCready was born on November 30, 1975, in Fort Myers in Florida. She was a child prodigy and started singing at the early age of three at church.

She began training for the opera with a retired Juilliard professor at age nine. She, however, abandoned it as she became more interested in country music, after listening to Trisha Yearwood and Reba McEntire. She later said she liked Micheal Jackson and Madonna. She graduated from high school at the age of 16.

Mindy McCready decided to launch her music career after graduating from school. She then moved to Nashville, Tennessee, where she earned a recording contract with BNA Records at the age of 18. McCready released her debut album Ten Thousand Angels in 1996. The album contained four hit singles including “Guys Do It All the Time,” "Maybe He'll Notice Her Now," and "A Girl's Gotta Do (What a Girl's Gotta Do).” It was very successful selling over two million copies. She followed the success with a second album ‘If I Don’t Stay the Night’ that had three hit singles, "The Other Side of This Kiss," "What If I Do," and "You'll Never Know."

Mindy McCready released “I’m Not So Tough” in 1999, but the first single of the album failed to make it to the top 50, and the album also failed commercially, selling only 144,000 copies. Her contract with BNA was canceled soon after the failure. She later signed to Capitol Records and released the self-titled album in 2002, which was also a commercial failure.

This resulted with the cancellation of the contract with Capitol. McCready released the single “I’m Still Here” on her official website in May 2008 during which she also announced a new album was underway. She released her fifth album I’m Still Here in 2010 to critical acclaim.

Mindy McCready and actor Dean Cain engaged in 1997 but fell apart the following year without marriage. She then dated former NHL hockey player Drake Berehowsky. Her next relationship was with singer William Patrick “Billy” McKnight in 2003. McKnight abused her several times, and in 2005, he was arrested for attempted murder after beating and choking McCready.

In July that same year, Mindy McCready was found unconscious after attempting suicide at a hotel lobby in Indian Rock Beach in Florida. After being hospitalized, it was disclosed that she took an overdose of an unnamed drug with alcohol.

McCready and McKnight resolved their issue and came back together, with her becoming pregnant. For the second time, she attempted suicide by taking an overdose of antidepressants. She gave birth to a son Zander Ryan McCready in March 2006.

ON December 17, 2008, McCready attempted another suicide in her Nashville home by trying to cut her wrists, but paramedics were called, and she was taken to the hospital.

In April 2010, Vivid Entertainment released a pornographic video of her and an ex-boyfriend named Peter on sale. The following month she was admitted to a Florida hospital for an overdose after a judge had refused to grant her custody of her child from her mother.

She later dated record producer David Wilson, with whom she had a son Zayne in April 2012. Wilson was found dead on January 13, 2013, with seemingly self-inflicted gunshot wounds at McCready’s home.

Mindy McCready and baseball player Roger Clemens had a long-term relationship since she was age 15. However, Clemens’ attorney, Rusty Hardin, denied the claim stating that McCready was just a "close family friend."McCready nonetheless termed the relationship as sexual with Clemens also stating,

"I have made mistakes in my personal life for which I am sorry." According to McCready, the relationship lasted for decades, and the two broke up after Clemens refused to divorce his wife to marry her.

Mindy McCready featured in the third season of Celebrity Rehab with Dr. Drew in 2010. She frequently has qualms with fellow housemate Kari Ann Peniche. It was during her time on the show that she realized she had brain damage resulting from the frequent beatings from McKnight.

Mindy McCready committed suicide by a self-inflicted gunshot on February 17, 2013. Neighbors who heard the shot called the sheriff office of Cleburne County, Arkansas to report it. She was 37 years. Mindy McCready was buried at Alva Cemetery in Alva, Florida.