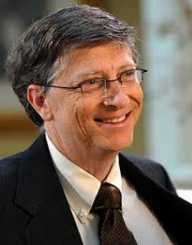 I wonder who doesn’t know Bill Gates in this era of technological advancement. But I won’t judge for now. If you have heard or read about him, then you probably know he is a computer programmer. In short, he is the president and CEO of a multinational Company in Washington. He is the digital demagogue who earns billions by meeting your marketing needs. Currently, his philanthropic foundation is helping millions of people across the globe. He seems to have a smothering life, let’s see some of his work and timelines.

William Henry ‘Bill’ Gates III was born on October 28, 1955, to William H. Gates’s and Mary Maxwell Gates. His mother was one of the board directors at First Intersafe BancSystem Corporation. His father was a famous lawyer. Bill has two siblings. He attended Lakeside School where he came to realize his urge in computing. At 13 Bill managed to write his first software program. By the time he joined High School Gates knew how to computerize payroll system in their school. It might sound easy, but his determination and devotion made him advance further.

Bill Gates later met with a computer guru known as Paul Allen. They teamed up and came with a venture titled Traf-O-Data. In short, it was a traffic counter that was established under the Intel 80008 processor. In 1973 Bill graduated. He joined National Merit Scholar where he scored 1590 out of 1600 on Student Academic Skill test. The same year Bill enrolled at Harvard College.

As a student, Bill Gates loved everything to do with computers and programming. In fact, he failed or wasn’t interested in any other subjects. Bill was in school physically but not in spirit. All he thought was how he would play poker and video games all day long. His favorite subject was mathematics.

By the time Bill was growing up, there wasn’t much he can do. Computers like laptop, tablet, and PC weren’t available. He was lucky that Lakeside had one computer that was allocated for all students. Bill Gates found the computer fascinating. It came to a point where Bill and his friends were banned from using it since they had extra time to hack different systems.

Bill Gates didn’t look back when he dropped out of Harvard University. He had ambitions and direction for his life. There and then he started his software company with the help of Paul Allen. The name of their business was called Microsoft. The company cemented its ground in higher levels.

In 1980 Gates and Allen made a deal with IBM where the plan was to change their computing system. Microsoft offered MS-DOS operating system on the IBM PC. He managed to sell the software for a $50,000 fee. But he had a chance to hold the copyright of the given software. The PC market went as desired. That is where Microsoft sold the MS-DOS to other companies. In a short time, Microsoft became the operating system around the globe.

In 1985 Bill Gates took another chance. They took a risk by launching the Microsoft operating system. It was the similar OS that was released by Apple in 1984. For sometimes lots of people argued about the Microsoft Windows. They suggested that Apple version was much better than Bill’s version. In all Gates continued with his marketing strategies while still learning how to compete with Apple.

It came to a point where they realized that Microsoft Windows could work on various PC machines. But Apple OS operated only on Apple machines. Without a doubt, Microsoft won the OS battle. Bill became a busy and prominent man by installing over 90% of world’s personal computers.

Bill Gates continued to launch different software systems that made him reach the target market. For one or two years, Gates introduced products such as Excel and Windows Office. Microsoft went on and improved their versions of windows.

In 1986 Bill Gates took his company to the public. The company stock was over $500 million. He became the wealthiest man in the world for holding over $100 million worth of stock. In 2002 Melinda Gates and Bill won the Jefferson’s Award. He later received the Bower Award for his exceptional Business Leadership and philanthropic work. In 2015 he received Padma Bhushan Award for his humanitarian work in India.

In 1999 Bill Gates donated twenty million dollars to Massachusetts Institute of Technology. The computer laboratory was built in honor of Bill. In partnership with his wife, Melinda they formed the Bill & Melinda Gates Foundation in 2000. It is regarded as one of the paramount organization that eradicates poverty globally. In 2010 Bill teamed up with other prominent personals such as Mark Zuckerberg and Warren Buffet. They committed to share or donate half of their income to different charities.

Bill Gates met with a young lady who worked at Microsoft; Melinda in 1989. They dated for four years and later got married in 1994. The couple has four children; two daughters, Jennifer Catherine, Phoebe Adelle and a son called Rory John Gates. Bill once announced that he would give 30 percent of his fortune to his children and then 70% to charity. His main reason was that he wants his children to create their path or invention. He aims to make sure that Catherine, Rory, and Phoebe are capable of taking care of themselves.