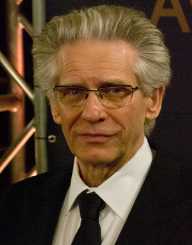 David Cronenberg is a Canadian writer, director, producer, and actor.

David Paul Cronenberg was born on March 15, 1943, in the city of Toronto, Ontario, Canada. His father was Milton Cronenberg, an editor, and writer. His mother was Esther Sumberg Cronenberg, a musician. His family was Jewish with Lithuanian origins.

David Cronenberg began his career with the two short sketch films From the Drain and Transfer. He followed up with the art films Crimes of the Future and Stereo. He then directed Rabid and Shivers. These two films marked the beginning of the body horror genre. He worked on several similar films, such as Videodrome, The Fly, The Brood, Dead Ringers, and Scanners.

He directed the drama films Naked Lunch, M Butterfly, Eastern Promises, Cosmopolis, and Maps to the Stars. He worked on thrillers such as Fast Company, Crash, Existenz, and Spider. He directed the short films To Each His Cinema, Camera, and The Nest.

David Cronenberg made cameos in some of his films, including Shivers, Videodrome, The Fly, and Dead Ringers. He also made a few brief appearances in other producers’ films, such as Trial by Jury, Blood and Donuts, Jason X, and The Stupids. He had slightly more significant roles in the horror Nightbreed and the drama Last Night. Apart from film, he also directed several TV show episodes.

They include Programme X, Peep Show, Scales of Justice, Teleplay, and Friday the 13th: The Series. He also directed commercials for Nike, Hydro, and Caramilk.

He became a patron of the University Philosophical Society in Dublin and earned a star on the Canada Walk of Fame. Magazines such as Strange Horizons, The Guardian, and Total Film featured him on their “Greatest Directors” lists.