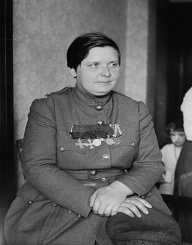 Emily Murphy was born on March 14th, 1868 in Innisfil, Canada. She is famed for being a women’s activist in Canada who would later convince the Canadian government that women were also fit for senate positions in the government. She is also a celebrated author and a jurist. In 1916, Emily Murphy landed herself the position of a magistrate. This meant that she was the first Canadian woman to serve in the esteemed position.

Emily Murphy was born on March 14th, in 1868. She was the third born daughter of Isaac Ferguson and Emily Ferguson. His father was a respected individual in the society for running a thriving business. Moreover, he owned several properties which also earned him high respects. When she was a child, Murphy was brought up alongside her two elder brothers. Their father gave them equal responsibilities without considering that Murphy was a girl child. When the time came for her to go to school, she enrolled at the Bishop Strachan School situated in Toronto. This was an Anglican private school. Sources argue that taking her education in a private school contributed to her wise perceptions regarding life.

Bearing in mind that Emily Murphy was brought up in an environment where his close family members were leaders; this also influenced her leadership roles at an early age. Soon, she was an educator and a legal advisor.

Years later, Emily Murphy took time to raise her kids before venturing fully into her activism career. When she was 40 years old, she started organizing women’s groups. These groups would unite and work on completing a certain task. Using her position at these groups, she also used her voice-power to talk about the disadvantaged in the society.

Her interest in protecting the rights of women and children in the society heightened after the news that one of the Albertan women had been left penniless. This was an incident that occurred following the sale of a farm by her husband leaving the woman and children out in the streets to struggle for their survival. This encouraged Emily Murphy to work in campaigning for laws that would see married women protected for properties they owned. With the support of a large following, the pressure was on the Albertan government to honor such laws.

In 1916, Emily Murphy and her followers were successful as the Albertan government passed the Dower Act. This act provided the provision that a woman owned a third of their husband’s property. The passing of this legislation also brought Murphy to the spotlight.

After the Dower Act had been passed, Emily Murphy relied on this success to ensure that there was a female magistrate who would listen to women’s convictions in court. The quest for such a position occurred after Murphy, and other activists were denied to witness court proceedings for other women alleged to be prostitutes. As a result, Murphy and her team found it unfair for women to be tried in the company of men alone. Her strong argument that she passed to the attorney made her the first female magistrate.

Before her activist ambitions, the Canadian government did not recognize women as “persons.” This is what Murphy was against, and she made it her next goal. This was the birth of the Famous Five. It entailed women that would present and fight for the case in court. They included Henrietta Muir Edwards, Louise McKinney, Nellie McClung and Irene Parlby. This was a major battle in Murphy’s career as it took approximately 12 years. The ruling on women was changed in 1929, and the case was famously referred to as Edwards v. Canada. Persons would from then henceforth be a term implying to both men and women.