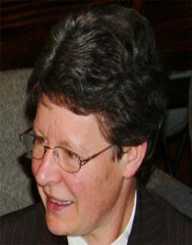 Astrophysicist Jocelyn Bell Burnell was born on July 15th, in 1943. She earned her fame after she co-discovered what is astronomically termed as radio pulsars. She made her discovery in 1967. As a result of her scientific contribution, Bell was supposed to be among those that were bestowed with a Nobel Prize in Physics in 1974. However, she was excluded from the award.

Jocelyn Bell Burnell was born on July 15th, in 1943. Her birthplace was in Lurgan, Northern Ireland. She was the daughter of G. Philip Bell and M. Allison. Her father was a renowned architect for having aided in designing the Armagh Planetarium.

Jocelyn Bell Burnell obtained her early education at the preparatory section of Lurgan College. During this period, the school had a policy that girls were not allowed to take on science subjects. However, Bell’s parents alongside other individuals strongly protested against the system. Later, she attended The Mount School situated in York. England.

While Jocelyn Bell Burnell was still taking her postgraduate studies, she went to work at the University of Southampton. She offered her services here from 1968 to 1973. A year later, she also worked at the University College London. She left the institution in 1982. The same year, she got a job to work at the Royal Observatory. She stayed here until 1991.

In the midst of all the jobs that she was landing, she was a consultant, lecturer and a tutor at the Open University in the UK. She was also a physics professor for the same school from 1991 to 2001. After that, she became a visiting professor tutoring at Princeton University.

Jocelyn Bell Burnell tied the knot with Martin Burnell in 1968. However, their marriage was not blissful as the two separated in 1989. They finalized their divorce in 1993. The two had one son in their marriage named Gavin Burnell.