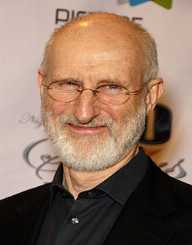 James Jerome Hill was born on September 16, 1838, in Eramosa Township, Wellington County, Canada. When Hill was a child, he had an accident with an arrow and a bow, and he was blinded in the right eye. Hill attended school for nine years and afterward went to the Rockwood Academy. In 1952, he had to leave the school since his father had died. Nevertheless, Hill had gained skills in algebra, geometry, land surveying and English.

After his father’s death, Hill began working as a clerk in Kentucky. When he was 18 years old, he decided to move to the United States permanently and went to St. Paul, Minnesota, where he began working at a steamboat company as a bookkeeper. In 1860, he started working for a wholesale grocer and handled freight transfers, especially dealing with steamboats and railroad transport. This job allowed him to learn a lot about freight transportation business.

James Jerome Hill had obtained a lot of experience in shipping and fuels supply from his previous jobs. In 1870, he and his partners started the Red River Transportation Company. The company offered transportation services with a steamboat between St. Paul and Winnipeg. In 1879, the company was already a monopoly.

Hill entered the coal business in 1867. His company had expanded five times in 1879. Besides his shipping and coal businesses, Hill also entered banking business and became a member of several large banks.

During the Panic of 1873, James Jerome Hill began to research the St. Paul and Pacific Railroad company that went bankrupt. He decided to purchase the company since he believed it could be profitable. He and his partners bought the company and renamed it the StPM&M company. Hill became the general manager of the business and wanted to expand it further.

As a manager, Hill had very hands-on and a detail-obsessed. He brought many men from a similar background as his, mainly from Scotch-Irish Protestant ancestry and Canada. His main idea was that the workers should settle along the rail lines. Therefore he sold homes to immigrants and transported them to their homes by using his rails. The company multiplied from a net worth of $728,000 in 1880 to $25,00,000 just five years later.

One of the significant struggles of this time was that the federal government believed that the railroads are making too much profit and wanted to lower the railway tariff rates. He avoided this by investing a lot of the gain back into the railroad and charged the investments as an operating expense. After this action, James Jerome Hill went from being the manager to becoming the president of the company.

After becoming the president of StPM&M, James Jerome Hill began to build railroads across Minnesota to Wisconsin and across North Dakota to Montana. In several places, there was no industry in the area, but Hill brought in the industry by buying out companies and placing plants along the railroad lines.

James Jerome Hill did a lot of the route planning himself by traveling horseback on the scheduled routes. One of the biggest successes of the Great Northern project was the discovery of the unmapped Marias Pass, which shortened the course by almost one hundred miles. In 1898, Hill purchased a large part of the Mesabi Range iron mines in Minnesota, which allowed him to begin large-scale shipments of iron ore to the Midwest.

Not long after Hill’s railroad reached Seattle, the general depression called the Panic of 1893 started out. To keep his business thriving, Hill lowered rail traffic shipping rates for farmers and gave credits to businesses he owned to pay to the workers. He also took several measures to economize on the railway expenses and lowered the cost of carrying a ton of freight by 13%.

In 1983, James Jerome Hill began to look for workers from China and sent emissaries to Japan. During this time he also began trading with Asian countries. With his help, American exports to Japan rose from nearly $7.7 million to $51.7 million.

At the beginning of the new century, James Jerome Hill controlled the Great Northern Railway and the Northern Pacific railway. He also wanted to gain control of the Chicago, Burlington and Quincy railroad. In 1901, Hill found out that Edward H. Harriman, the president of Hill’s most prominent competitor firm The Union Pacific Railroad, was buying stock in Northern Pacific.

Hill quickly began to buy all stock, which created chaos on Wall Street. The stock price for Northern Pacific went up to $1000 per share. After this, Hill and his friend J.P. Morgan formed the Northern Securities Company.

After Theodore Roosevelt became the President of United States, he sent Justice Department to investigate the Northern Securities Company. In 1904, the Supreme Court ordered it to be dissolved as a monopoly. After this, Hill could not maintain competitive rates in Asia and American trade with Japan and China which dropped by 40%. Hill quickly moved on and bought Colorado and Southern Railway lines to Texas and built the Spokane, Portland and Seattle Railway.

During his last years, Hill began to donate money to various causes. His health began to decline. Hill died on May 29, 1916, in his home in St. Paul, Minnesota. When Hill died, his worth was more than $53 million, which is now around $2.5 billion. His estate was divided between his widow and his children.