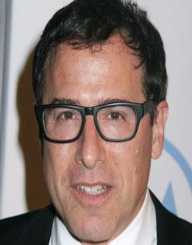 David O. Russell was born on August 20, 1958. He is a writer, director, and producer of films from America. Russell is famously known for films which are intense and made of tragic-comedy characters who win over difficult situations in light of the defined world.

His work focuses on social themes such as stigma associated with mental illness, the relationships of the family home as ingredients of love, hate, sins and strength, women of influence, the power of music, human ills associated with violence, war, and greed among other fundamental social issues.

David O Russell was born on 20 August 1958 in New York City, America. David’s father worked in book publishing service as a sales agent while his mother was commonly engaged in political activism. The background of his family may have influenced his career in a significant way.

Russell attended Amherst College, where he graduated in 1981, then traveled to Nicaragua, where he worked as an English teacher. He has taken up several jobs in other regions as he was a teacher in Boston and as a community organizer in Lewiston.

David O. Russell portrayed a deep love for literature and language with his free time dedicated to working on screenplays and directing his films by 1980s. In 1994 he worked on Spanking the Monkey project, which was his first full-length film. Although the comedic debut was controversial, it propagated him to limelight by creating an industry buzz. In 1996, Russell directed and wrote the film Flirting With Disaster which featured a family outing.

In 1999 David’s hit film Three Kings, proved to be a commercial hit, earning him over $100 million. The film tells of a story of Gulf War veterans in pursuit of treasures. In 2004, Russell released a philosophical satirical project, which he was the producer, director, and writer, I Heart Huckabees. The dramedy was considered flop by many critics, fueled by his perceived attitudes of belligerent, abusive, and having a bad relationship with other industry players such as Clooney and Tomlin.

It was not until 2010 when David O. Russell worked as a director for a real-life drama film The Fighter, which gave him a lot of recognition. Silver Linings Playbook, was a project which he wrote and directed and was regarded widely as a work of distinction since it was nominated for Oscar in 2013. The release of American Hustle (2013) and Joy (2015), has successfully generated Oscar buzz for the director as well as the actors.

David O. Russell has a lot of success in his career with a total of 26 academic award nominations and 19 global globe nominations. The Art Directors Guild has honored him with the Contribution to Cinematic Imagery Award.

David O. Russell married Janet Grillo in 1992, and they were divorced in 2007. They had one child.