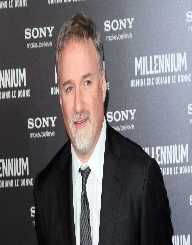 David Fincher began his film career when he took on a position at Korty Films after graduating from high school. He worked here for some time before leaving the company to work at Industrial Light and Magic, which was owned by George Lucas. Some of the films that he helped to create with these companies include Twice Upon a Time, Return of the Jedi, and Indiana Jones and the Temple of Doom.

It was not until 1992 that David Fincher began directing films by himself. The first film he directed was Alien. Throughout the rest of the 1990’s, Fincher directed several other movies, including Se7en, The Game, and Fight Club. However, he continued to direct music videos and commercials as well. Directed music videos for Madonna, Michael Jackson, and the Rolling Stones. He also directed one commercial for Coca-Cola.

In the 2000’s, David Fincher continued to direct movies and music videos, but he also took on the job of producing films for video shorts as well. His first film of the decade was Panic Room, which was followed by Zodiac and The Curious Case of Benjamin Button. Some of the bands and artists he directed music include Nine Inch Nail, Madonna, and George Michael. In this decade, the only things he produced were video shorts, which include Ambush, Chosen, The Follow, Ticker, and Love and The Car Thief and the Hit Man. His full length-productions include Lords of Dogtown and Love and Other Disasters.

As of the 2010’s, David Fincher continues to direct and produce films, music videos, and television shows. During this decade, David Fincher directed some of his most famous films, including The Social Network, The Girl with the Dragon Tattoo, and Gone Girl. He also began directing and producing the show Mindhunter, which first premiered in 2017. He has also been the producer of the show House of Cards since 2013.

During Fincher’s long career, he has won over 50 awards and has been nominated for over 100 others, including two Oscars. Some of his most impressive awards are listed below.