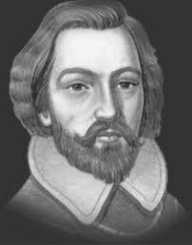 Juan Cabrillo was a maritime navigator. He was a skilled explorer who served for Spain from 1540s. One of his accomplishments was to discover California Coastline. By tradition, he was also an Old Portuguese. Whether he rose from Spanish or Portuguese culture, it is worth to remember that he played an active role member in the Spanish Army. Correspondingly, that tells how he affirmed that California was part of Spain. There’s more to Juan than being in the war and military industry.

There’s little to no information about Juan’s early life. In the same way, several historians presume he was born in 1499 other claim it was in 1500. His place of birth is thought to be in Portugal. However, several historians claim he was most likely born in Spain, Cordoba. Rodriguez father worked as a shipbuilder.

As a lad, Juan joined the knight training program that Hernan Cortes controlled. Afterward, he settled as a businessman under Spanish labor system. He received a reward according to the group he worked with as well as his ethnicity.


In Search of Land and Gold

After working for Spanish for a couple of years, Juan Rodriguez Cabrillo joined the army and, fought to the extreme with the Aztecs. It all began in 1519 where he went on a quest as an explorer with a team of soldiers.

Rodriguez first landed on the Mexican shores in search for nothing else other than gold and land. With more than 100 soldiers, they thought that the ethnic group that was there were gods. For a moment, they thought of “take it all” and conquering the tribe that despised Aztecs to the core.

Juan Rodriguez played a significant role in Cortez’s life history. He was one of the crossbowmen commanders. Following his fame, he continued to soldier on for fortune. He moved South in conjunction with his team. Furthermore, he settled in Guatemala where he bought a property.

In Guatemala, Juan played a significant role in finding Santiago city. It is now clear how turned out to be the most admired voyager.

With wealth at his disposal, Juan Rodriguez Cabrillo married Beatriz Sanchez de Ortega. The duo had two sons. In between, he surveyed the shipbuilding industry centered on the Pacific coast. It wasn’t that long that the shipbuilding enterprise came to an end. Reason: his profit diluted to a state of ruin. Some of his most treasured ships were mostly damaged. He wasn’t hopping for compensation at any place to stabilize his fortune. Just like that, an expedition came forth.

Juan Rodriguez Cabrillo became the commander. Not to mention, in 1542 Juan left the North Port of Navidad. There were three ships on board which navigated northward. Juan’s mission was to spy the Baja California realm. His most exceptional flagship landed on San Diego Bay on 28thn September. He wasn’t in doubt for claiming the new land for Spain. Without further ado, he named it San Miguel.

Rodriguez continued to sail to his quest until he arrived at the California coast. They fought with the sea current causing them not to land on San Francisco Bay. He was lucky to have sighted a famous cape called Point Reyes.

Juan Rodriguez Cabrillo died on 3rd January 1543 at 44 years of age. He was interred at San Miguel Island. Regrettably, Juan’s discoveries are still unknown to date. Reason: His written accounts got lost; hence little evidence was left for his legacy. Hopefully, there’s one written research that is to a high degree accurate.