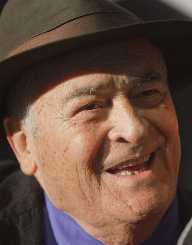 Italian screenwriter and film director Bernardo Bertolucci was born on March 16, 1941, in Parma, Emilia-Romagna, Italy. Born to a family of academicians and intellectually inclined creative artists, Bernardo was the elder son of her teacher mother Ninetta (Giovanardi) and film critic father, Attilio Bertolucci. Besides being a film critic, his father was also a well-known art historian, anthologist, and poet. Bernardo grew up in a comfortable and friendly atmosphere of creativity. His father also had a strong influence on him during his early days.

The artistic environment of his family led him to the world of writing as early as at the age of fifteen. He frequently accompanied his father during the screening of various films premiered for the film journalists. As such, he developed an early interest in the medium. He received many notable literary awards for the first book he authored. These awards include the prestigious Premio Viareggio award. The reputation of his father helped him immensely in his initial days of career building. Attilio assisted Italian filmmaker Pier Paolo Pasolini to publish the first novel of the latter. Pasolini, in turn, hired Bernardo as his assistant while directing his first film ‘Accattone’ (1961).

Bernardo Bertolucci had a performing art-oriented family, his brother Giuseppe being a playwright and theatre director. Film producer Giovanni Bertolucci was his cousin with whom he worked in many films.

Bernardo Bertolucci was very fond of his father and wished to become a poet like him. Accordingly, he studied modern literature at the Faculty of Modern Literature at the University of Rome from 1958 to 1961. While studying at the University of Rome, Bernardo began his film career under Pier Paolo Pasolini as his assistant director for the film Accattone. He, however, did not complete his graduation. The overwhelming attraction of the film world made him abandon his studies without graduating.

In 1962, at the age of 22, Bernardo Bertolucci made his directorial debut in the film 'La commare secca.' Tonino Cervi produced the movie with screenplay writing from his mentor Pasolini. He used flashbacks to good effect in unraveling the murder mystery, the central theme of the film. Through his first film, he got the necessary recognition and became a familiar name in the contemporary film industry. However, the film remained unsuccessful commercially.

The second feature film of his directorial career was released in 1971. The film titled ‘Prima della rivoluzione’ (Before the Revolution) remained a box office failure. However, the film critics at the Cannes Film Festival declared the film as a promising initiative. The film also earned an Academy Award nomination for its screenplay.

Elusive box office success of his first two films put Bernardo Bertolucci in financial difficulties. Therefore, he had to struggle to find producers for his next film ventures. Not to be undone, he went on to direct some documentary films. He even worked with the theatre personality Julian Beck in few of his projects including 'Amore e rabbia' (Love and Rage), 'Agonia' (Agony) and some other productions in his Living Theatre.

Bernardo Bertolucci's next film ‘La strategia del ragno’ (The Spider’s Stratagem) was a step towards more maturity in his direction. In this film, he delved deep into the personal interior life of the characters of his film. The director grasped the nuances of all the parameters of a mature direction in his next film titled ‘IL Conformista’ (The Conformist). The film portrayed the character of a young civil servant desperately trying to overcome his inherent shortcomings to fall in line with the prevailing social situation under the fascist regime of Benito Mussolini.

He followed the success of The Conformist in his next film called ‘Ultimo tango a Parigi’ (Last Tango in Paris). Displaying a bold topic previously considered anathema, he portrayed a relationship between a widower and a young actress in a sexually-oriented erotic way. The legendary American actor Marlon Brando performed the role of the widower while Maria Schneider played the part of the young actress. Bernardo received an Academy Award Nomination for Best Director for this film. He reached the pinnacle of success in his directorial career in the movie ‘The Last Emperor’ (1987). The movie depicted the tragic life of the dethroned last emperor of China. The film went on to win nine Academy Awards including that of the Best Direction and Best Screenplay.

Bernardo Bertolucci tied the nuptial knot three times during his eventful life. His first wife was Adriana Asti whom he divorced later. He married Maria Paola Maino as his second wife in 1967. They annulled their marriage in 1972. He again married Clare Peploe on December 22, 1978. They remained together until his death.

He died on November 26, 2018, succumbing to lung cancer. He was aged 77 at the time of his death. People remember him for his self professed Marxist belief and its reflection in the films directed by him. He was also an atheist in his personal belief.