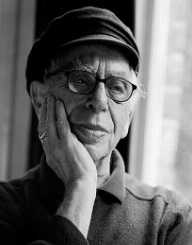 Bernard Slade was born on May 2, 1930. His place of birth was in Ontario, Canada. He is the son of Frederick Newbound and Bessie Harriet Newbound.

Bernard Slade began his acting career in the Garden Center Theatre. This is a theatre in Vineland, Ontario. Later in the mid-1960s, he worked as a writer at television sitcoms. He was offered a job at ABC where he came up with the series Love on a Rooftop. He used a similar theme as that of Barefoot in the Park by Neil Simon in this series.
A year later Bernard Slade came up with the comedy The Flying Nun. He adapted this comedy from The Fifteenth Pelican authored by Tere Rios. He then developed The Partridge Family which was inspired by the play Abie's Irish Rose.

In 1975 Bernard Slade set aside TV work and focused in theatre. He developed his work Same Time, Next Year a relationship story. The play is about two lovers who would meet once every year just to make love and chat despite being married to other people. This play marked a turning point in Slade’s Career. Many fell in love with the play which turned out to be a great hit. It was nominated as best play of the year which earned him a Tony Award and Drama Desk Award.

He developed Tribute in 1978. In this play, a successful actor neglects his son and focuses more on his acting career, but the son learns to love him anyway. This play was not as successful as Same Time, Next Year. It ran with only 212 performances while its predecessor closed with 1453 performances. A year later in 1979, he developed Romantic Comedy.

Bernard Slade tied the knot with Jill Foster in 1953. They are blessed with a daughter Laurel Slade and a son Christopher Slade.