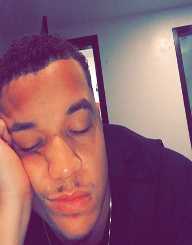 Charles Raynor was born 15th June 1993, to Chris and Mandy Raynor. He was born in Ontario, Canada, and has an older brother, Zach, and a younger sister, Quintessa. All three children are involved in entertainment. Zach is known as “Roary” and is the lead singer of a band, and Quintessa is a dancer, who is also concentrating on breaking into the rap scene.

Charles Raynor attended Carleton University in Ottawa and graduated in 2016 with a degree in business and marketing.

Since graduating from university, Charles Raynor has concentrated full time on growing his YouTube career. With the help of another YouTube sensation from Ottawa, David Parody, Raynor’s YouTube channel, “Wolfie” grew from several hundred thousand followers to over two million followers, in just months.

Charles Raynor goes by the name “WolfieRaps.” He is a versatile entertainer, being a comedian as well as a rapper.

He posts videos in the comedy genre that feature his parents and friends, as well as his current girlfriend, Sylvia Gani. Gani has her own YouTube channel and currently has over one million subscribers.

He has over six million subscribers and over 1.3 million followers on his Instagram account. Raynor posts comedy videos, musical parodies and covers, challenges to his followers, and video blogs (vlogs) of his day-to-day activities.

WolfieRaps is working to expand into movies and music in the near future.