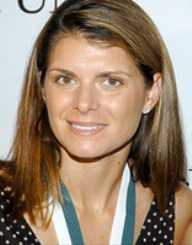 Mia Hamm is a former American professional soccer player born on March 17th, 1972. Her skills in the game led to the victory of the U.S. women's soccer team in the 1996 Olympics The team became a proud gold medal champions that year. Subsequently, she maintained international goals record for the U.S. till 2013 when Abby Wambach topped her. She was with US national team since 1987 till 2004 and appeared in a total of 275 matches. Also, she appeared in the list of 125 best living players of FIFA.

Mia Hamm was born on March 17th, 1972. Her place of birth was in Alabama, Selma in the United States. She is the fourth child of Stephanie Hamm and Bill and has five siblings. Also, she has an adopted brother called Garrett. She was born with clubfoot and had to wear corrective shoes.

Mia Hamm’s first experience in soccer was at the time when her family lived in Florence, Italy. Growing up, she also spent most of her time in a number of the United States Air Force bases worldwide. She later joined a soccer team in Wichita Falls when she was only five years old. Her father was her coach at the time along with Garret who was only 8.

At junior high school, Mia Hamm played with the boys’ team has excelled quite well in the sport. During her studies in Notre Dame Catholic High School situated in Wichita Falls, she played for the soccer team. During the U.S. Olympic Festival in 1987, she played with the United States women's national soccer team. No player her age had ever played for the team in the history of U.S. She also attended Lake Braddock Secondary School situated in Burke, Virginia. The Lake Braddock soccer team won the state championships with her help.

In 1991, Mia Hamm won the World Cup. She was only 19 at the time. Hence, she became the youngest teammate of the U.S. women's soccer team ever in history to take the championship. In 1996 she also helped her team in winning a gold medal in the Summer Olympics held in Atlanta, Georgia.

Mia Hamm broke the record of Elisabetta Vignotto, the Italian player in 1999 after scoring 108 goals for the U.S team. She maintained the title since then till Abby Wambach her fellow American player set a new record in June 2013.

After the 2004 Athens Olympics, she announced her retirement from soccer. By then she held a record of 158 international goals and the 32-year old retired with great honor.

Mia Hamm is a great philanthropist. She is the founder of Mia Hamm Foundation. She established the company in 1999 after Garret her adopted brother passed away in 1997. He had suffered from a rare blood disease called aplastic anemia for ten years before he succumbed to it. The company was therefore put in place to support people with such situations. Mia Hamm also supports Children's Hospital Los Angeles and UNC Health Care among other charitable organizations.

Christiaan Corry was Mia Hamm’s first husband. Mia Hamm was her college sweetheart and helicopter pilot of the United States Marine Corps. The couple stayed married for six years before divorcing in 2001. Subsequently, in November 2003 she wedded her second husband, Nomar Garciaparra. Together they had twin daughters Ava Caroline and Grace Isabella, born on March 2007. Later in January 2012, their son, Garrett Anthony was born.