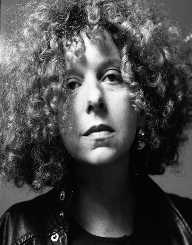 Barbara Kruger is one of the most respected Conceptual Artist in America today.  She is famous for her ability to blend black and white photographs with declarative captions. Barbara is a bold feminist who stands to address issues of identity, sexuality and cultural constructions of power with her work.

Barbara Kruger was born on January 26, 1945, in Newark, New Jersey to a middle-class chemical technician and her mother worked as a legal secretary. She was an only child, and she grew up in a typical middle-class neighborhood. Barbara Kruger went to Weeaquahic High School and then Syracuse University but left after schooling for one year because of the death of her father who worked in Shell oil.

In 1965, after she left Syracuse University she relocated to New York where she furthered her studies at Parson’s School of Designs. In the course of her studies in Parson’s, she met Diane Arbus and Marvin Israel.

In late 1960’s Barbara Kruger got a design job at Conde’ Nast Publications where she rose to become the Head Designer the following year. She also worked for different publications including Mademoiselle, House and Garden, and Aperture both as a Designer and a Picture editor. She was just 22 and already enjoying success as a graphics designer. She also picked interest in other forms of art like poetry, music columns, and also wrote films for the Art form and Real Life Magazine.

In 1973, Barbara Kruger got a big break with her work, when she crocheted, sewed and painted creating erotically suggestive objects like feathers, sequins, and ribbons which famous curator Marcia Tucker displayed the same year in Whitney Biennial.  Her newfound success made her think about branching out on her own.

In 1976, an unsatisfied Barbara Kruger quit her job and moved to Berkeley, where she taught at the University of California. There in California, the writings of Walter Benjamin and Roland Barthes inspired her. The year1977 saw her return to her love, Art-making, and architectural photographs. She was inspired to photograph architecture from her family “looking at family homes they could never afford.”

In 1979 Barbara Kruger published an artist book Picture/Reading. By 1989 Kruger was already known, her work the Untitled (Your body is a Battleground) was used during the Women’s march on the support of legal abortion. Also, in 1994, a French train station in Strasbourg installed her work “Empathy can change the world.” Kruger didn’t stop there; in 1997 she made a fiberglass sculpture of Marilyn Monroe on top of John F. and Robert Kennedy’s shoulders.

In 2010, Kruger’s retraced her original root back to graphic design. She appended her excellent Futura font on a Red background style on a graphic work “It’s all about me, I mean you, I mean me” for W Magazine, New York.

Barbara Kruger has continuously challenged the human thinking with her works and words as a feminist. Some of her poetry reads “Girl don’t be dumb. Don’t be coy. Don’t be intimidated. Don’t think it can’t happen to you. Do safer sex because AIDS kills. Don’t die for love.”

A year after her work “Your body is a Battleground” was used for the “legal abortion” march, Kruger also showed her firm support for legal abortion when she used it as a slogan in a billboard opened by the Wexner Center for the Art. However, Barbara Kruger did not go unopposed on this one as a different group changed the billboard depicting an eight weeks old fetus.

Barbara Kruger exhibited her first work years after been in the artwork industry in Long Island, Queens, in1979. Then Iwona Blazwick decided to exhibit her work in London at the Institute of Contemporary Art in 1983. In 1999, Kruger’s career since 1978 was exhibited at the first retrospective exhibition.

After being a member of the Museum of Contemporary Art for years, she won the MOCA Award in 2001 to distinguish women in Art. In 2005 she was also given the Leone d’Oro lifetime achievement award.

Barbara Kruger presently lives in New York. Her major influences are Walter Benjamin and Roland Barthes. Barbara has never ceased to stand for what she believes in which is feminism. She is not married.