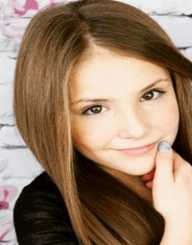 Hali’a Beamer was born on April 4, 2005. She is a social media personality and a Musical.ly star. She is twelve years old. She is among the top fifty musers on Musical.ly. She started uploading videos on Musical.ly after she got over her shyness.

Hali’a Beamer was born on April 4, 2005, in Hawaii, United States of America. She was born into a happy family. She was brought up alongside her brother, Kana’i. She is currently twelve years old. She has more than one million followers on Musical.ly.

Hali’a Beamer started her career at a very a very young age because of her love for music. She first opened a Musical.ly account before she expanded to other social media platforms such as Instagram. She has more than forty thousand followers on Instagram. She posted the video of the song ‘Lay Up’ which got fifty thousand views minutes after she posted it. She is famous because of her music and the videos she posts on social media. She is currently signed with MDME which is an advertising agency in the United States of America. The agency is promoting her with a bid to expand her career. The contract provides that Beamer would promote some popular brands in the United States.

In, 2016, Hali’a Beamer in collaboration with MDME organized a meet and greeted the fans program in Hawaii which was a success. Many of her fans turned up. The same year saw her being represented by the talent agent, Matt Dugan. She attracts her fans with her makeup and fashion senses as well.

Hali’a Beamer has an incredible family who support her in everything that she does. She loves having fun with her family and friends. Her mother and brother accompany her to major events that she attends. Her Instagram account is maintained by her mother.