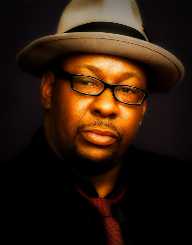 Bobby Brown is best known for his top hits in the 1980s and early 1990s like ‘Don’t Be Cruel.’ He was born in 1969, February 5 in Boston, Massachusetts, the U.S as an American citizen. Bobby has many occupations including singing, rapping, acting and song writing. He is also known by his other names as B. Brown or Triple B.

Robert Barisford Brown was born to Carole Elizabeth and Herbert James Brown in Boston, Massachusetts. He was the seventh in a family of eight children who was born on February 5, 1969. His neighborhood was engulfed in poverty and violence, and so Brown’s childhood was subjected to a gangster lifestyle. He and his friends became thieves and stole at their convenience from shops and were negligent on school affairs. Being in a gang Brown engaged in several gang wars and was shot once in the knee and stabbed on the shoulder.

Brown, however, became more determined to build his life in a proper way when his friend James Flint died. Flint was 11 when he met his death having been stabbed at a party which made Brown experience a turning point.

Bobby Brown was an ambitious young boy who developed an interest in music at the tender age of 3. He began his musical career singing in the church choir before he established himself at the age of 12. He met four friends Ronnie Devoe, Ricky Bell, Michael Bivins and Ralph Tresvant with whom he started a group. The five boys formed a group known as ‘New Edition’ and performed in several talent shows.

The group became so popular after winning a couple of shows that they obtained a recording deal with Streetwise in 1983. Maurice Starr was the man behind their success in 1983 which saw them releasing their album known as ‘Candy Girl.’

The following year, the group signed a contract with MCA records and released hit songs like ‘Mr. Telephone Man’ and ‘Cool It Now.’ Brown, however, was not pleased with the meagre salary he received at the MCA records. He thought to himself that they were being exploited and decided to part ways with New Edition in 1986 to make solo music.

The solo career saw Bobby Brown rising to many success in his music while working with producers L.A. Reid, Teddy Riley, and Babyface. He did his first album ‘King of Stage’ in 1986 but did not acclaim many reviews from the public domain. In 1988 however, they caught the attention of the world when they released their first R&B hit album ‘Don’t Be Cruel’ which sold 7 million copies.

Re-Uniting with New Edition and Tours

Glimpses of the reunion had been witnessed way back in 1990 at the MTV Video Awards when the members appeared in the company of each other. They later did several performances and released an album in 1996 known as ‘Home Again.’ In as much as the group had a dwindling relationship amongst its members, they are still close and perform together. Bobby Brown also ventured in the following tours, Heartbreak Tour (1988), Don’t Be Cruel Tour (1988-1990), Japan Tour (1991), Humpin’ Around World Tour (1992-94), New Edition Re-union (1996), Heads of State (2007-2014).

Bobby Brown married pop star Whitney Houston in 1992, but their relationship was characterized with drinking, drug abuse, and domestic violence. Bobby also faced several arrests and jail terms due to his conduct in drinking, sexual misconduct and drug abuse. The couple divorced in 2007 having one child who died in 2015 after Houston had passed away in 2012. Bobby later married Alicia Etheredge in 2012, June and had two children (Bodhi and Cassius) together.