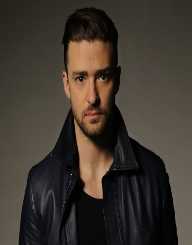 Justin Timberlake is an American Musical Award-winning singer from the group NSYNC. He is also a songwriter, record producer, and film actor.

Justin Randall Timberlake was born on the 31st January 1981 in Tennessee. His father Charles Randall was Baptist Church Minister, and his mother Lynn was a music producer. He was raised in Memphis and Millington. His parents divorced in his early formative years. He has two brothers from his father’s second marriage. He went to E.E. Jeter Elementary School and went to local schools in Millington, Tennessee.

Timberlake started experimenting with music from his early years. He became part of his church choir where his father was the presiding Baptist Minister. His grandfather influenced his interest by introducing Timberlake to American country music artists. He auditioned for the Star Search competition in 1992. Despite losing the competition, Timberlake got the musical exposure that fuelled his future musical career. He commenced listening to American blues and R&B musicians.

At the age of 12 years in 1993, he appeared in The All-New Mickey Mouse Club. In this children variety show, Timberlake cast alongside other future stars like Britney Spears, Christina Aguilera, and Ryan Gosling. He left the following year.

Timberlake began his career in 1995. He joined in the formation of the boys’ only band NSYNC under the patronage of manager Lou Pearlman. Timberlake got the name of the band from his mother. She used the last letters of the first names of the band members to form the acronym.

Timberlake made a maiden appearance in the 2000 television movie Model Behavior. He rapidly rose to be a regular cast in the production. Withholding pressure from the fellow band members, Timberlake continued acting. Eventually, his band members deserted him.

In 2002 he went solo in his career. He released his first solo single Like I Love You at the MTV Music Awards. Like in NSYNC, he was well received by the music world. Later that year, he recorded his solo album Justified. Timberlake won praises for the album hit song Cry Me a River.

He did his first tour in 2003. Timberlake teamed up with his childhood friend Christina Aguilera to produce the song I’m Lovin’ It. He also took her along in his maiden tour. Later that year, he featured in the song Work It, produced by the musician hip hop and R&B musician Nelly.

He took time off from the music scene to concentrate in the film industry. In 2005 he played a role in the film Edison Force. He did other casts in films during the later months of 2005. He resumed his musical career in 2006. He appeared in the music video of Timberland’s single Promiscuous Timberlake released his second album. The album FutureSex/Love Sounds hit the top billboard charts moments after its release into the market. Timberlake joined other musicians in collaborations. He wrote and sand in songs with musicians 50 Cents, Cutis and Duran Duran.

In 2010 he went back into acting. He did a cast in the film The Social Networker. In the film, he played the role of Sean Parker. He was in another film Friends with Benefits produced in 2011.

Timberlake produced his third album in 2013. The album titled The 20/20 Experience sold rapidly in the market.

Timberlake married actress Jessica Biel in 2012. They have a child together. Before his marriage, he had previous relationships with singer Britney Spears and actress Cameron Diaz. He lives in Los Angeles with his family.

He is a fan of the Indy Car Racing. He also has a collection of Harley-Davidson motorbikes and a host of cars.

In 2004 Justin Timberlake exposed the breast of Janet Jackson by tearing off her leather jacket. The two were performing at the Super Bowl XXXVII. He later apologized.

He is the most notable member of the defunct NSYNC band. Timberlake continues his solo career in music. He regularly does some musical collaboration with other musicians.

He is also a winner of several awards. He won the Prime Time Emmy Awards in 2007, 2009 and twice in 2011 for his acting and musical careers. Recently in 2017, he won the ASCAP Film and Television Music Award.