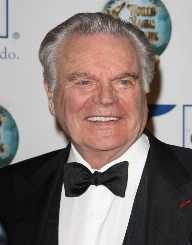 Robert Wagner was born on February 10th, 1930. His place of birth was in Detroit, Michigan. He earned his fame by being an actor both on stage, TV and in the film industry. Some of the films that brought him to the limelight are With a Song in My Heart, Austin Powers: International Man of Mystery and The Pink Panther. In his TV career, he was highly acclaimed for the role he played in Hart to Hart. In his personal relationships, he married Natalie Wood for two times.

Robert Wagner was born Robert John Wagner, Jr. on February 10th, 1930. His mother, Hazel Alvera worked as a telephone operator. On the other hand, his father Robert John Wagner, Sr. was an employee at the Ford Motor Company. Wagner’s sister was called Mary. He went for his early education at Santa Monica High School.

Robert Wagner made his first film appearance in The Happy Years – 1950. Two years later, he featured in With a Song in My Heart. After this, he went on to star alongside other renowned celebrities in the film industry such as Clifton Webb. Some of the notable films that he was cast in include Stars and Stripes Forever – 1952, Titanic – 1953, Prince Valiant – 1954 and several others.

Robert Wagner first went on a date with Natalie Wood in 1956. During this time, Wood was eight years younger than him but had more experience in the film industry. It did not take time before the two lovebirds wedded in late 1957. Their shared love for each other was also felt by the public. However, this did not contribute to a successful pair in the film industry. All the Fine Young Cannibals – 1960, was a film in which they featured in together and nonetheless did not perform well. Their marriage did not last long as they went separate ways in 1961. They officially called off their marriage in 1962.

After the failed marriage, Robert Wagner tied the knot with Marion Marshall in 1963. They had a daughter named Katherine in 1964.

Unfortunately, in 1971, his second marriage came to an end again. This brought back his former lover into the picture, and he wedded Wood for the second time in 1972. They welcomed their daughter named Courtney two years later.

For three years, he was a major cast in the TV series called Switch. He acted in the show from 1975 to 1978. He played alongside Eddie Albert, Sharon Glass, and Charlie Callas. In 1979, he also landed on the lead role in the TV series Hart to Hart while playing the role of Jonathan Hart. This show brought Wagner to the limelight in his acting career. It was aired for 6 years before coming to an end in 1984.

In 1981, while celebrating a Thanksgiving weekend, Natalie Wood was found dead the following morning close to the yacht where the family was hanging out. After autopsy was carried out on her body, it was noted that she had died as a result of overconsumption of alcohol. Robert Wagner was left to take care of his two daughters and Natasha Gregson Wagner. Natasha was the daughter of Wood’s former husband, Richard Gregson.