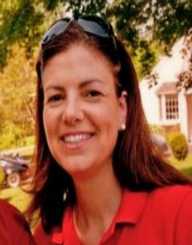 American politician and lawyer Kelly Ayotte was born on the 27 June 1968 in Nashua, New Hampshire in the United States to Marc Ayotte and Kathleen Sullivan.

Kelly Ayotte graduated from Nashua High School. In 1990, she was awarded a BA in political science from Pennsylvania University. She then studied law at Villanova University (1993).

Kelly Ayotte was elected to the United States Senate on a Republican ticket in 2010 and served from 3 January 2011 until the 3 January 2017. Ayotte was an unsuccessful candidate for re-election to the Senate in 2016 when she was defeated by Democrat Maggie Hassan.

Kelly Ayotte was the first woman to serve as the attorney general of New Hampshire. She has received awards from various organisations including the National Association of Police Organisations, the Appalachian Trail Conservancy, Save the Children and the New Hampshire Veterans of Foreign Wars.

Kelly Ayotte has been married to Joseph Daley since 2001, and they have two children.