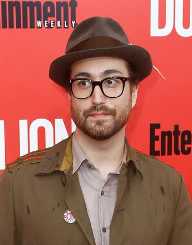 Sean  Lennon was born 9th October 1975, to John Lennon and Yoko Ono. Lennon was born in New York City, New York, in the United States. Lennon has a half-brother, Julian from his father’s first marriage. Lennon’s father, John was one of the members of the legendary group, The Beatles.

When Sean Lennon was born, his father stayed at home to raise the young child. In 1980, John was shot and killed outside the family home.

Lennon attended elite schools in his formative years, starting with kindergarten in Tokyo, then Ethical Culture Fieldston School which is a private school in New York. Lennon also attended Dalton School, and the Institut Le Rosey, an exclusive, private boarding school in Switzerland. When  Lennon returned to the U.S. Lennon enrolled at Columbia University, but only completed three semesters before leaving to concentrate on his music.

Lennon was only five when he entered the music scene. He recited a story on Season of Glass, an album released by his mother in 1981. Through his young years, Lennon, collaborated with his mother, Yoko, on several occasions. Lennon sang on three more of her albums and co-produced for her.

At the age of 16, Lennon co-wrote All I Ever Wanted with Lenny Kravitz, for Kravitz’s 1991 album, Mama Said.

Lennon formed a band in 1995 called IMA, who performed with Yoko Ono on her next solo album, Rising. In 1996, when Ono invited Miho Hatori and Yuka Honda from Cibo Matto to remix one of her songs from the Rising album, after meeting Lennon, they invited him to tour as their bass player, which Lennon accepted.

Lennon later joined the group and collaborated with them musically as well. In 1999, CiboMatto took an extended break. While touring with Cibo Matto, Lennon was approached by Adam Yauch from the Beastie Boys who talked him into signing a recording contract with Grand Royal Records.

His first solo album was released in 1998, called, Into the Sun. This was followed by a tour, and media appearances to publicize the album, although the media were more interested in Lennon’s parents than his music.

Over the next few years, Lennon continued performing, releasing solo albums periodically, and collaborating with others.

In 2001, Grand Royal Records closed, and Lennon signed a contract with Capitol Records. It would be five years before his next album, Friendly Fire.

Lennon toured extensively all over the world and continued to collaborate with other artists. Lennon also established his own record label, Chimera Music, with his girlfriend, Charlotte Kemp Muhl.

In 2008, Lennon and Muhl debuted their band, The Ghost of a Saber Tooth Tiger. The band has recorded three albums, and has toured extensively.

He has collaborated on at least 15 albums with other artists, including Yoko Ono and the Plastic Ono Band, Cibo Matto, Albert Hammond Jr., and Mystical Weapons.

Lennon has also written six film scores and produced seven albums for other artists. He has contributed to more than a dozen songs and albums between 2008 and 2017.

Sean  Lennon has supported various activist causes. He performed for the protestors in 2011 at the Occupy Wall Street protests, and in 2012 he had an editorial on his opposition to hydraulic fracking for gas exploration.