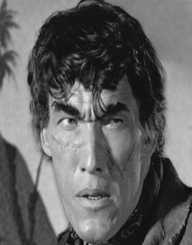 Teddy Cassidy is remembered for his tall body structure of about 6 ft 9, complimented perfectly by his deep voice. He successfully portrayed different characters during his acting career.

His most notable role was in the film The Adams Family in the 1960s. Cassidy was also the voice of The Incredible Hulk a television version aired in the 1970s.

Teddy Cassidy was born on 31st July 1932 in Pittsburgh, Pennsylvania. He, however, grew up in West Virginia. He was an academically talented student. His body structure helped him engage in various sporting activities.

He was part of the school football team and basketball team. Despite his huge body structure, Cassidy was a target of High school bullies.

After his college, he went to Stetson University. His most notable activities during his time at the university were Basketball, and he also took up some roles student government.

He later graduated in from the University of Stetson with a degree in Speech and Drama.

Teddy Cassidy's acting career started in WFAA in Dallas; he worked as a midday disc jockey. At an early stage of his career, Cassidy reported John F. Kennedy's assassination. He was among the first journalist to interview Gayle Newman and W. E. Newman the key witnesses of the murder.

His height gave him an edge in the auditions of television acts. His most famous television role was Lurch, on the film series, The Adams Family.

His distinctive voice and height suited roles of thugs and villains. He went on to take various acting roles most notable ones being Space Ghost, Fantastic Four, and Challenge of the Super Friends.

In the early 1970s, Cassidy worked with Gene Roddenberry, where he took a role as Isiah in the films Planet Earth and Pilots for Genesis II.

In 1956, after his graduating from the university, Teddy Cassidy married Margaret Helen. The couple later moved to Dallas, Texas.

After 20 years of marriage, Margaret and Cassidy divorced. He later married his long-term lover Sandra Martinez who was also an actress. He is survived by two children.

Teddy Cassidy had a non-malignant tumor in his heart, a surgery to remove a tumor was performed at St. Vincent Medical Center. The operation was successful, and Cassidy was sent home for recovery by his doctors.

After spending several days at home, there were complication and Cassidy was readmitted. Cassidy later passed on at the age of 46. His remains were cremated and buried in his home Woodland Hills.