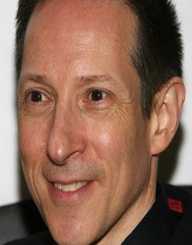 John Marin was born on December 23rd, in 1870. He earned his fame for being one of the earliest American modernist painters. He is mostly remembered for his watercolors and abstract landscapes.

John Marin was born on December 23rd, in 1870. His birthplace was in Rutherford, New Jersey. Unfortunately, he did not get to see his mother as she passed away days after he was born. Consequently, Marin had to be raised by his two aunts.

Marin joined Stevens Institute of Technology where he tried his luck in architecture. However, he was not successful. After this, he entered the Pennsylvania Academy of the Fine Arts situated in Philadelphia. While taking his art lessons here, he crossed paths with the likes of William Merritt Chase, and Thomas Pollock Anshutz. Similarly, Marin took art classes at the Art Students League of New York.

In 1905, John Marin took a tour through Europe which helped him in mastering his unique watercolor style of painting. Around this period, he continued painting in Italy, England, Belgium, and the Netherlands. Also, at some point, he also exhibited some of his works in the Salon.

In his art career, Marin was recognized as one of the earliest American painters to bring out the idea of abstract paintings. For that reason, he influenced Abstract Expressionists. Marin impressed many younger artists with his exceptional use of watercolors.