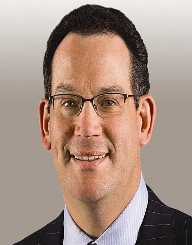 The 63rd Secretary of Treasury of the US, William Edward Simon was born on November 27, 1927, in Paterson, New Jersey. He was the son of insurance executive Charles Simon Jr. and Eleanor Simon.

William completed his initial education from the Newark Academy. After his graduation, he was commissioned in the infantry division of the US Army. After serving in the US army for a short while, he was relieved from his services. Thereafter, he went on to pursue his further studies. He took admission in the Lafayette College which was located in Easton, Pennsylvania. Subsequently, he earned a B.A degree from the College in 1952. While studying at Lafayette, William was an active member of the Delta Kappa Epsilon fraternity.

Soon after receiving his B.A degree, William Edward Simon took up a job at the Union Securities. However, his brilliant business acumen helped him bag the position of Vice President at Weeden & Co. Within a short period, William quit the job to take up responsibility as a senior partner at the Salomon Brothers firm. He was made in charge of the Government and Municipal Bond departments. He was also an associate of the seven-man Executive Committee of the firm.

In 1973, during the rule of President Richard Nixon, William Edward Simon decided to leave his luxuriant career at the Wall Street and went on to become the deputy treasury secretary in the administration of Richard Nixon. He was given the responsibility of analyzing the condition of U.S. financial institutions and thereby suggest measures to restructure and improve them. He quickly rose through the ranks and joined the Federal Energy Office as a director. During his tenure at the office, he came to be known as the Energy Czar. He was also the first administrator of the organization.

In April 1973, Simon played an instrumental role as the head of the President’s Oil Policy Committee. Being at the helm of the committee, he brought in several reforms in the mandatory oil import quota program. The program dealt with regulations imposed on the import of oil in the United States. As a member of the President's Energy Resources Council, he was also performing the task of synchronizing domestic and international energy policies.

George P. Schultz, a renowned Wall Street lawyer and Treasury Secretary referred Simon for the post of treasury secretary during the Nixon regime. Consequently, he took charge of the same and was inducted to the chair of the treasury secretary. He held onto the position even after the end of Nixon regime and during the beginning of the administration of Gerald R Ford. As a Treasury Secretary, William Edward Simon was a supporter of free markets and strongly criticized any policy issued by the government that capitalized or penalized businesses.

Within a short span after the start of the Ford regime, President Gerald Ford designated William Edward Simon as the Chairman of the Economic Policy Board. The appointment came in August 1974. He was also appointed as the chief spokesman on economic issues. In April 1975, Simon took charge as the Chairman of the East-West Foreign Trade Board. The board was recently established under the Trade Act of 1974. Simon served as the Treasury Secretary under three consecutive Presidents of the United States - President Richard Nixon, President Gerald Ford and President Jimmy Carter. His tenure came to an end on January 22, 1977, during the Carter regime.

After retiring from the government office, he continued working in the private sector. William Edward Simon served as the Vice Chairman of the Blyth Eastman Dillon company for three years. In the 1980s, another feather was added to his cap when he collaborated with Ray Chambers and became the pioneer of a leveraged buyout (LBO) firm named ‘Wesray Capital Corporation.’ The company was hugely successful, and eighteen months later, the firm became a public enterprise worth $66 million. Simon established another firm in 1984 called ‘WSGP International.’ The company’s primary focus was the western United States and the Pacific Rim. It dealt with investing in real estate and financial service organizations.

His next collaboration came four years down the line when William Edward Simon teamed up with his sons William E. Simon Jr. and J. Peter Simon to establish the merchant bank ‘William E. Simon & Sons’. The bank provided venture capitals and had a global presence with branches located in New Jersey, Los Angeles, and Hong Kong. In 1990, he teamed up with several investors and formed the private equity-based firm Catterton-Simon partners.

Apart from his career in business, Simon took an active interest in sports and had served the United States Olympic Committee in the capacity of Treasurer from 1977 to 1981 and as the President from 1981 to 1985. From 1985 onwards, he was the Chairman of the U.S Olympic Foundation. He has been a board member for various sports organizations including the U.S. Amateur Boxing Foundation, the Basketball Hall of Fame, the Women's Sports Foundation, the National Tennis Foundation and Hall of Fame and the World Cup '94 Organizing and Executive Committees.

In 1977, President Anwar Sadat of Egypt ordained Simon with the title Collar of the Republic/Order of the Nile.

William Edward Simon is also the recipient of U.S. Senator John Heinz Award for Greatest Public Service by an Elected or Appointed Official.

His contributions to sports have been recognized with honors of the highest order like the Olympic Torch and the Olympic Order.

William Edward Simon was instated into the U.S. Olympic Hall of Fame in 1991.

After his death, as a mark of respect, the William E. Simon Prize for Philanthropic Leadership was established in 2001.

William Edward Simon married Carol Girard Simon in 1950, and they have seven children together. After the death of his first wife Carol in 1995, he tied the knot with Tonia Adams Donnelley in 1996. William Simon passed away on June 3, 2000, in Santa Barbara, California. He was suffering from pulmonary fibrosis. He was interred at the Laurel Grove Memorial Park, Totowa, New Jersey.