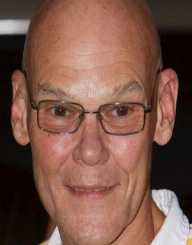 Chester James Carville Jr. was born on October 25, 1944, in Carville, Louisiana. His mother Lucille was a former school teacher and sold World Book Encyclopedia door-to-door. His father James was a postmaster and an owner of the general store. The town of Carville was named after his paternal grandfather.

Carville attended the Ascension Catholic High School in Donaldsonville, Louisiana. After finishing high school, Carville went on to study law at Louisiana State University and received Juris Doctor degree. He spent two years serving in the United States Marine Corps, where he achieved Corporal rank. After serving in the military, Carville began working as a high school teacher. From 1973 until 1979, he worked as a litigator at a Baton Rouge law firm.

Carville received training as a consultant from Gus Weil, who was operating the first advertising firm, specializing in political campaigns in 1958. Carville later became a consulting partner with Paul Begala and garnered several important political victories. His work included the gubernatorial triumph of Robert Casey of Pennsylvania in 1986 and Zell Miller of Georgia in 1990. Carville and Begala rose to the national attention when they led the campaign of Senator Harris Wofford back from the 40-point poll deficit over White House and hand-picked candidate Dick Thornburgh.

In 1992, Carville began working on Bill Clinton’s campaign against George H.W. Bush. The following year, he received the honor as Campaign District Manager of the Year by the American Association of Political Consultants. His three main focuses in the campaign was posted in the workroom in a list:

• Change vs. more of the same

In 2006, Carville made a switch from politics to sports and became a host on the sports show 60/20 sports on XM Satellite Radio. However, after the Democrat’s won the 2006 midterm election, he criticized Howard Dean as the Democratic National Committee Chair and called for his ouster. He is also the executive producer of the 2006 film All the King’s Men. In 2009, Carville was hired by the Afghan presidential candidate Ashraf Ghani as his campaign advisor. He worked for Ghani pro bono. The following year, he also worked on the campaign of Colombian presidential candidate Juan Manuel Santos.

In 2008, Carville became Hillary Clinton’s presidential campaign advisor. Although Clinton’s campaign lost steam, Carville remained loyal and positive in public and rarely went off message about her campaign. However, on May 13, before primaries in West Virginia, he announced at the Furman University in South Carolina that he believes that Obama will be the nominee.

After Barack Obama led the victory in the Democratic campaign, Carville announced that he is ready to help Obama to take on John McCain in November election.

Carville is married to Mary Matalin, a Libertarian political consultant who worked on George H. W. Bush’s 1992 presidential reelection campaign. They met during the campaign and married the following year. The couple has two daughters, Matalin Mary and Emerson Normand.

In 2008, Carville and his family moved from Virginia to New Orleans. He is currently a political science professor at Tulane University.