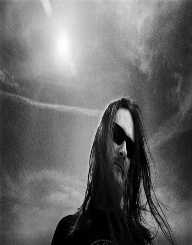 Aaron Funk is a Canadian musician who is best known for his electronic music and performing under the name, Venetian Snares.

Aaron Funk was born on 11 January 1975 in Winnipeg, Canada. His only musical instruction during his life was some piano lessons as a child. Funk’s earliest work in music was in 1992 when he began experimenting with his sound. He would use some different ghetto blasters playing at once and then record the sound on another ghetto blaster. Funk used some everyday sounds and objects as instruments in his music. Funk would manually cut and pause the tapes to shape his sound. His work got more advanced when he got an Amiga 500 computer and self-released some recordings in the 1990s.

Aaron Funk came up with the name Venetian Snares after producing a track which reminded him of dragging a pencil along a Venetian blind. He released his first proper EP in 1999, Greg Hates Car Culture. The next year he produced a split album, Fuck Canada/ Fuck America, with Stunt Rock. By this time Funk had switched to creating his music on a Microsoft PC and used Windows music applications. Funk was signed to the Planet Mu record label in 2001 after a producer with the label heard, Greg Hates Car Culture. His first full-length studio album with the label, Songs about my Cats, was released the same year. He also released collaboration albums and split albums in 2001.

In 2002, he released three full-length albums, Winter in the Bell of a Snake, 2370894 and Higgins Ultra Low Track Glue Funk Hits 1972-2006. He achieved greater commercial and critical success in 2003 with, The Chocolate Wheelchair Album. He collaborated with Canadian record label, Sublight Records, to produce, Horse and Goat, and, Winnipeg is a frozen Shithole. 2005, saw the release of his greatest commercial success, RosszCsillagAlattSzuletett. A trip to Hungary Funk inspired the album had taken. Funk became less prolific in his album output after this, although he still averaged one a year. 2007 saw Funk release an album of dubstep covers of the music of English rock band, Black Sabbath. In 2010, he teamed up with John Frusciante, the guitarist with the Red Hot Chilli Peppers, to produce the album, My So-Called Life. Since 2010, Funk has released some EPs, but little of major note. His most recent release was 2016’s, Traditional Synthesizer Music.

Funk has released under some different names such as Vsnares, Last Step, BeeSnares, Speed Dealer Moms, and Poemss. Funk struggled financially in 2015 and began a Bandcamp page to raise funds. His campaign saw him reach the top of the Bandcamp charts. He released most of his old discography and also released, Thank you for your Consideration, at a pay what you want to price. Despite the titles of his work Funk has stated he does not hate his hometown of Winnipeg.