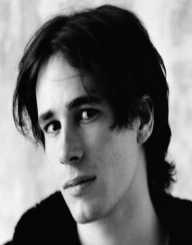 Buckley never knew his biological father, having met him on a couple of occasions when he was a boy. His mother later married Ron Moorehead, and his mother and stepfather raised Buckley. He had a sibling, half-brother Corey Moorehead. When growing up, he was known as Scott Moorehead. Buckley had a transient childhood with the family frequently moving around Orange County in California. His biological father Tim Buckley was a successful singer-songwriter who died of a heroin overdose in 1975.

After high school graduation, Buckley was a pupil at the Los Angeles Musicians Institute.

Buckley was a member of various bands during his high school years. In 1991 he took part in a Tim Buckley tribute concert at St Ann’s Church in Brooklyn, New York.

In 1992 he moved to New York City and began a solo career. Columbia Records signed Buckley up in 1993 and Sin-é (named after the New York City area he was living in at the time) was released in 1993.

Sin-é was an EP which consisted of four songs, and in 1994 his debut album Grace came out. The album contained a version of Leonard Cohen’s Hallelujah as well as Buckley’s Last Goodbye and was critically acclaimed. Around this time Buckley began touring, and he also relocated to Memphis, Tennessee.

Buckley began planning his second album My Sweetheart the Drunk in 1996 and on the 29 May 1997 he drowned in Wolf River, part of the Mississippi River. He and a friend had stopped at the river on their way to a rehearsal. Buckley was wading, fully clothed in the river when he was swept away by a passing boat.

After Buckley’s death, his estate worked with Columbia records on posthumous releases which include My Sweetheart the Drunk (1998), Mystery White Boy (2000), Live in Chicago (2000) and Live at Sin-é(released in (2003).

It was announced in March 2017 Buckley’s mother, Mary Guibert and David Browne, a Rolling Stone Magazine contributing editor and author of Dream Brother: The Lives and Music of Jeff and Tim Buckley were working on the release of Buckley’s journals. These journals are to be published as Jeff Buckley: His Voice.