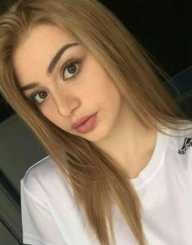 Kristen Hancher is one of the well-known American personalities on musical.ly with over 15 million followers on the app. She uses the username, kristenhancher. Hancher has uploaded many videos featuring other musical.ly stars too. She mostly lip-synchs to songs.

She is very popular on Instagram, with over 3.3 million followers and is much interested in photography. Kristen comments on fashion trends and clothing brands on many of her videos. Putting together her love for dance, acting, music, and gymnastics, she comes up with great content that she uploads on social media.

Kristen Hancher was born on May 17, 1999, in Ontario, Canada where she grew up. She is of Macedonian background and has a younger brother, Derek Hancher. Before Musical.ly, she was active on You Now, a broadcast network.

In 2015, after YouNow, Kristen Hancher began to be active on musical.ly. Her influence on musical.ly spread to the other social media platforms like Snapchat, YouTube, and Instagram, making her widely popular. Her popularity spread fast as she is very talented. In the same year, she joined Muser Family, a collaborative YouTube channel with social media stars including Taylor Skeens and Loren Beech. She has also collaborated with some other social media stars to make her videos.

She explains her preferences when it comes to dressing, favorite trends, and hairstyles on her videos. The videos are well crafted with great stories and themes. She also interviews some social media personalities in some of her posts. Besides this, she is a talented actress and showcases short performances in her videos.

Kristen Hancher lip synchs and her love and passion for dance and music gives an attraction and energy to her performances. In May 2017, Kristen did a ‘Regret In Your Tears’ lip synch with the famous music star, Nicki Minaj. In 2017, she got nominated for the Teen Choice Award for Choice Muser.

Kristen Hancher is very friendly and lives a sociable and youthful life. She replies to her viewers and fans actively and also features her close friends on her blogs and videos. She has a warm and generous social media personality, and her fan base and social network can attest to this.

Kristen Hancher is very close to her family and is very humble. Besides being in the limelight for her videos, she is great at gymnastics and is an active soccer player. She loves pets and owns two cats. Her favorite colors are black and white. She also enjoys watching movies; her favorite actor is Jim Carrey, she thinks that he is hilarious. Her best film is 22 Jump Street. In 2016, Hancher started dating Andrew Gregory who is also a social media star.

Kristen Hancher is a model with great confidence. She experiments and flaunts some styles which she frequently showcases. She also features makeup tutorials in her videos.