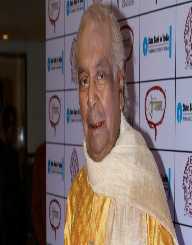 Birju Maharaj was born on February 4, 1938, in Varanasi, India. His father, also a dancer, was named Jagannath Maharaj. Sadly, Birju father died while he was still a child. He was then raised by his uncles, Lachhu and Shambhu Maharaj. They were also dancers.

Birju Maharaj loved music and dancing ever since he was a child, and it did not take long for him to seek professional training in the subject. As a child and preteen, his uncles, trained him in dancing, as they were both choreographers.

When Birju Maharaj was only thirteen years old, he opened up a dance school of his own, which he called Kalashram. Here, he taught other children and teenagers who to dance.

After a running his own dance school for a few years, Birju Maharaj moved to Bharatiya Kala Kendra, where he continued to teach dance. A few years later, he moved again to teach at the Kathak Kendra, which was a part of the Sangeet Natak Academy. There, he was both a teacher and a Head of Faculty. In most all of his teaching centers, he focused on teaching the Kathak style of traditional Indian dancing. He worked here until his retirement in 1998.

Outside of dancing, he also taught a variety of other subjects, including yoga, art, Sanskrit, theater, and music (playing instruments).

Birju Maharaj is probably most famous for his work in choreographing many Bollywood movies. Some of the movies that he has choreographed for are listed below.

Along with choreographing music for films and television shows, he has also worked in the music department for several movies, both with writing songs and singing.

Birju Maharaj is known for loving singing almost as much as he loves dancing. He believes that a dancer should understand the concepts of many parts of music, including the parts that a voice can play in it. He also knows how to play several instruments. Below is a list of some of the movies he has sung or wrote lyrics for.

As recently as 2017, Birju Maharaj has uncovered some of his father’s poetry. His father was an avid poet, but he did not publish his poems during his lifetime. Maharaj claims that his father wrote about 5,000 poems, but that many of them are missing entirely, or missing pieces of them. He has set to work trying to find his father’s poems and to finish the ones that remain incomplete. He has already finished about 300 poems, and he is likely to publish the poems later on.

Birju Maharaj has won several awards for his work for his Bollywood choreography, as well as for other parts of his dancing career. Some of these awards are listed below.

Birju Maharaj never attended college, but he has earned honorary doctorate degrees from both the Banaras Hindu University and the Khairagarh University.

Birju Maharaj has five children. Three of his children (Deepak, Jai, and Mamta) have also grown up to work with music and dance.