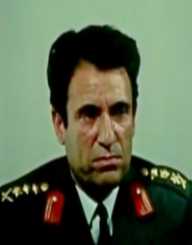 Babrak Karmal was born on January 6th, 1929. His place of birth was in Kamari in the Kingdom of Afghanistan. His name Babrak Karmal means "Comrade of the Workers." His father was Muhammad Hashem who came from a wealthy family. He served in the Afghan Army as the major general. He was initially the province of Paktia. Babrak Karmal had a brother called Mahmud Baryalay. He later relocated along with his maternal aunt after his mother’s death. He supported leftist views which did not please his father who then disowned him.

Babrak Karmal attended a German-speaking school known as Nejat High School. He was through with his studies by 1948 hence graduated from the school. During his schooling, he participated actively in student unions. In 1951 he joined Kabul University where he studied in its College of Law and Political Science till 1953. He continued his activities in student union which got him arrested in 1953. Three years later he became a free man again.

Babrak Karmal took a job at as a German and English translator shortly after his release. He later joined the military training. He also continued his studies at the College of Law and Political Science. In 1960, he graduated from the institute.

Soon after his graduation, Babrak Karmal joined the Ministry of Education’s Department of Compilation and Translation. Later in 1961, he served at the Ministry of Planning till 1963. In 1965 The People's Democratic Party of Afghanistan or PDPA came into being. In the same year, Karmal was appointed as a member of the lower house of parliament. He was a member of the party. Three other members of the party were also elected to the position.
PDPA later split up in 1967 and formed two factions. Babrak Karmal then led the Parcham (Banner) which was more moderate. In 1977 the two factions reunited. Later in 1978, the reunite factions took charge of Afghanistan. The Democratic Republic of Afghanistan appointed Karmal as the Deputy Prime Minister. Shortly after, he was exiled following the rising of rival Khalq.

In 1979 Afghanistan was invaded by Soviet troops. They executed Hafizullah Amin who was the president at the time. They then brought back Babrak Karmal from exile and made him the president. Once in power, Babrak Karmal tried his best to win the trust of the citizens. He promised them many reforms including democratic elections. However, he never succeeded in fulfilling all his promises. He, therefore, failed to win the trust of Afghan citizens as he intended.
Later, civil war broke out in Afghanistan. He was declared a failure by the Soviet leaders who then removed him from power. Mohammad Najibullah was then appointed to replace him in 1986. Karmal then fled to Moscow to avoid harm from his rivals.

Babrak Karmal took his last breath on December 3rd, 1996 at the age of 67. He succumbed to liver cancer while receiving treatment. This was at the Central Clinical Hospital situated in Moscow in Russia.