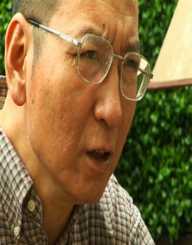 Liu Xiaobo was born on December 28th, 1955. He is a famous Chinese professor, human rights activists, and a talented writer. He is a Nobel Prize winner for his activism in fighting for human rights in a non-violent manner. Till date, rumor has it that Xiaobo has not been in a position to collect the Nobel Prize award in person.

Liu Xiaobo was born on December 28th, in 1955. His birthplace was in Changchun in Jilin. Later, in 1969, he had to migrate with his father to Horqin Right Front Banner. They were escaping from the Down to the Countryside Movement that was on the rise. Xiaobo’s father was a communist party diehard. He completed his secondary education in 1974. After that, he went to the countryside to engage in farming.

Three years later, Liu Xiaobo joined Jilin University where he would study Chinese literature. Here, he came up with a group named Chi Zi Xin - "The Innocent Hearts." Six of his schoolmates joined him. In 1982, Xiaobo graduated with a Bachelor of Arts in literature. Shortly after, he joined the Beijing Normal University as a fellow. Here, he also earned his master’s degree in 1984.

Following his graduation, he took jobs as a lecturer. It is also during the same year of his graduation that he wedded Tao Li. They welcomed a son called Liu Tao the following year.

In 1987, Liu Xiaobo published his debut book titled Criticism of the Choice: Dialogues with Li Zehou. This book later became a non-fiction hit. In this book, Xiaobo condemned Ruism which was part of the Chinese traditions. The next year, after publishing his first book, he earned his Ph.D. in literature. His doctoral thesis was highly appreciated, and therefore he chose it as his second publication. It was titled Aesthetic and Human Freedom.

Owing to his literary proficiency his works earned him high acclaim. This also gave him the opportunity to tour some universities as a visiting scholar. Some of the universities included the Columbia University, the University of Hawaii, and the University of Oslo. In 1989, his third book, The Fog of Metaphysics was published. This work was an in-depth analysis of the Western philosophies. It did not take much time before Xiaobo’s works were banned all over China.

In 1989, Liu Xiaobo was taken into custody following his involvement with student protests. He was taken to the Qincheng Prison. After spending 19 months in prison, he was charged with incitement in 1991. Fortunately, he was excluded from any form of punishment for he actively participated in pushing for peace and therefore saving many lives of people. Six months later, he was set free.

In 1995, Xiaobo was again detained for establishing a petition that queried the Chinese government to initiate political reforms.

Liu Xiaobo's most celebrated works include Criticism of the Choice: Dialogues with Li Zehou, Aesthetic and Human Freedom and Mysteries of Thought and Dreams of Mankind. These are just but a few of the numerous books that he published during his entire writing career.

Liu Xiaobo was bestowed with a Nobel Peace Prize on October 8th, 2010. This is an award he gained following his fight for human rights in China.

After divorcing his first wife in 1991, Liu Xiaobo went ahead and wedded Liu Xia in 1996.

Liu Xiaobo passed away on July 13th, in 2017. He was at the Shenyang's First Hospital receiving medical treatment when he died.