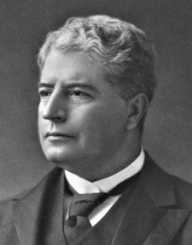 However, Edmond resigned after two years and embarked on a remarkable career as a high court judge until his death. Edmund Barton is remembered by many as a brilliant leader. To date, many places in Australia have been named after him, to pay tribute to him.

Edmund Barton first demonstrated his leadership skills at such an early age, serving as a school captain. Later, Edmund joined the University of Sydney whereby he graduated with a first class honors degree and a Medal in classics.

While at the university, Edmund Barton was a skilled cricketer in batting, and a member of a club named the Sydney Rowing club. He worked as a barrister in 1871 after graduating.

In the year 1876, Edmund Barton vied for a position in the Legislative assembly of the University of Sydney. However, Barton was unsuccessful in his venture. The next year, Barton tried again but still lost the polls on a second occasion. Barton did not give up and contested the seat in the Legislative assembly in 1879. This time, Barton had gained popularity and won the elections.

However, the assembly was dissolved in 1880 and as a result; Edmund Barton became appointed as part of the electoral committee in Wellington, whereby he served for about two years. After this, Edmund became a member of the East Sydney Electoral district and worked with them between 1882 and 1887.

When Edmund Barton was 33 years old, he was appointed as the Legislative Assembly’s speaker. Due to his age, he became the youngest member to serve in such a capacity. In the year 1884, Barton became president of the University of Sydney Union, after winning the elections. Later in 1887,  Barton became a member of the Legislative council and served here up to 1889. Also, Barton was appointed Attorney- general of George Dibb’s government, but the government did not last and was dissolved shortly.

In March 1991 Edmund Barton was part of the `National Australasian Convection.’ Edmund was a staunch supporter of Australian federation. Edmund advocated for the unification of six different colonies to form one commonwealth. At the convention, Barton supported the federalism on behalf of Henry Parkes government. Edmund stressed on the aspect of a restriction free trade when he was at the convention.

Despite Edmund Barton's relentless efforts towards federalism, it was not adopted by the government. At this time, a constitution draft was being written, and Barton played an enormous role in it this. This constitution was later used as a basis for the version that was adopted by the country.

Edmund Barton was put in charge of the federal movement in 1891 by the Parkes government. Barton later resigned as attorney general in 1893, with an intention to battle the state in a specific case with associate Richard O’Connor. Edmund Barton contested in the elections the following year but was not successful and did not contest in 1895

Edmund Barton contested during the 1897 elections and won by a large margin. Burton became part of the Constitutional Convention, and they were responsible for drafting a constitution with federal resolutions. Edmund was later elected to the Legislative council and became in charge of bills regarding the federation that had been proposed.

Edmund Barton contested the Legislative elections but lost to Reid. Edmund then stepped down briefly on his position as the leader of the opposition. In 1900, Edmund went to London to advocate for the federation bill to the British government. William Lynne, who was Anti-federal, was not able to form a new government.

As a result, Edmund Barton was appointed the prime minister on 1st January 1901. During Barton's government, the first federal poll was held in 1901. More so, he introduced various reforms that became both progressive and non-progressive. Edmund brought about notable improvements. `Immigration Restriction act,’ gave female citizens voting rights during the federal elections and led to `White Australia’ policy.

Edmund Barton resigned from parliament in 1903 and moved to the justice sector. Here, Barton founded `High court of Australia’ and became its judge.

Edmund Barton was Awarded the Honorary doctorate from Cambridge University.

He became appointed as `Knight Grand Cross of St Michael and St George, courtesy of the British government in 1902. No acting prime minister had ever received this award before.

He was awarded `Grand Cordon, Order of the rising sun’ by the Japan government.

Edmund Barton contributed to the formation of a commonwealth from the self-governed states in Australia. This led to better international trade with fewer restrictions.

Edmund Barton died on 7th January 1920, due to a heart attack. Barton was buried in South Head General Cemetery in Vaucluse. Edmund has been remembered widely in Australia with various highways and buildings named after him