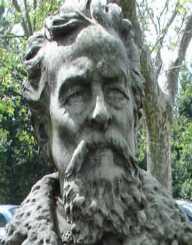 Giacomo, Marquis of Vascello Medici, was a nineteenth Century Italian soldier. He was born on January 15, 1817, in Milan, Italy. In 1836, the then administration decided to send Giacomo to exile. Being a true nationalist, he moved out of Italy. His expulsion led him to Spain. In Spain, he eventually challenged the Carlists. As a result, of his fight against the Carlists, a long drawn battle took place. The battle lasted for four years between 1836 and 1840.

Later, he went to London and met Giuseppe Mazzini. Mazzini was one of the tallest personalities of Italy who headed the Italian Revolutionary Movement. They jointly discussed the strategy for the unification of Italy. In 1846, Giacomo met another Italian nationalist named Giuseppe Garibaldi. Garibaldi was responsible for the formation of the Kingdom of Italy. The meeting took place in Montevideo, the capital city of Uruguay.

In 1848, Giacomo returned to Italy with Garibaldi. He gathered a group of volunteers to fight against Austria. The battle took place from March 23, 1848, to August 22, 1849. The world knows it as the First Italian War of Independence. The group of volunteers fought the war against the Austrian Empire and some other traditionalist states. The army of Italian volunteers raised by Giacomo and Kingdom of Sardinia (Piedmont) led the assault against these states to form a resurrected Italy popularly known as Risorgimento.

DEFENSE OF THE VILLA VASCELLO

In April 1849, a French army unleashed an assault on Rome. The attack was launched with a motive to overthrow the incumbent administration and restore the papal government. During this invasion, Giacomo stole the limelight when he stoutly defended the Villa Vascello. The Villa Vascello was situated near the southern gates of the Aurelian walls of Rome called Porta San Pancrazio.

He repulsed all attacks of the French army holding them for 26 long days. In the process, he injured himself. Giacomo was awarded the gold medal. He also received the title of Marchese del Vascello in recognition of his valiant effort in defending the Villa.

The Italian War of Independence happened between April 29, 1859, and July 11, 1859. The war served a significant purpose in the merger of Italy. The Kingdom of Sardinia and the French Empire fought the war jointly against the Austrian Empire. Giacomo participated in the war as a member of the Garibaldi's Hunters of the Alps. It was a special military corps raised by Garibaldi to free the northern part of Italy. They fought along with the regular Sardinian army to serve the purpose. The heroics shown by Giacomo earned him the honor of receiving the command of a battalion. He also proved his worth in the Battle of Varese (Lombardy) held on May 26, 1859.

THE EXPEDITION OF THE THOUSAND

The Expedition of the Thousand is another landmark event of the Italian Risorgimento. The army of volunteers under the leadership of Garibaldi led an ambitious assault to take control of the Kingdom of the two Sicilies overthrowing the reign of the ‘House of Bourbon-Two Sicilies.’ Giacomo joined the battle during the second expedition. He fought the Battle of Milazzo held at Messina.

The army led by him conquered Messina after eight days blockade. Consequently, he became the military commandant of the regular military camped at Palermo. He oversaw the retreat Garibaldi’s army had to make in 1862. He also made significant contributions in the Battle of the Volturno as well.

In June and August 1866, a Third Italian War of Independence broke out between the Kingdom of Italy and the Austrian Empire. In the battle that followed, Giacomo commandeered his contingent while invading Trentino. He played an outstanding role in the war. Hence, he was conferred with the honor of becoming the Grand Officer of the Military Order of Italy.

The Kingdom of Italy came into existence since 1861. Giacomo, at first, became a deputy in the Italian Parliament. Later, in 1870, he became a Senator. He died on March 9, 1882.