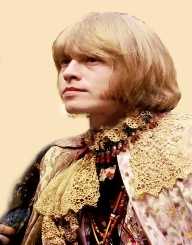 Brian Jones was born in February 1942. He is an English musician and was the co-founder of the band named Rolling Stones. Jones formed this group together with Ian Stewart, the pianist, Mick Jagger, a singer and Keith Richards, a guitarist. Jones was the leader of Rolling Stones during its establishment period. Sadly, the star became isolated with the band and resorted to drugs and alcohol. As a result of this, he was later found in his swimming pool having drowned and died in 1969.

Brian Jones was born in 1942 in Gloucestershire, England. He was from a middle-class family as both his parents were working. His father, Lewis Blount Jones, was an aeronautical engineer. On the other hand, his mother Louisa taught piano classes. Jones had two sisters, Pamela and Barbara. During his early education, teachers saw Jones as a bright boy. Nonetheless, he was lazy.

After eluding from home, Brian Jones began singing blues in local pubs. In 1962, he formed the Rolling Stones. He created this band with other instrumentalists such as Ian Stewart, Keith Richards and Mick Jagger who was a singer. A few years later, other members to join the group were Bassist Bill Wyman and Charlie Watts.

When the band was still young, Brian Jones was the manager and its leader. After the group operated for a year with Jones acting as the manager, they hired Andrew Loog Oldham. The role of Jones soon diminished in the band as Richard and Jagger took the center of attention for being the leading songwriters.

Jones played some instruments for the band including tamboura, keyboards, harmonica, marimba, dulcimer and many more.

During the mid-60s, Rolling Stones was on a high end. However, Brian Jones was on a downhill as he felt a though the band was pushing him away. The pressure of the group mounted with many tours to attend to. He became mentally ill and later resorted to drugs and alcohol.

Jones’ irrational behavior and overdependence on drugs and alcohol were not accepted by his band members. Consequently, he was alienated from his bandmates. In the late 1960s, Jones was not the individual that formed the group anymore. He was completely wasted and hardly contributed anything constructive to Rolling Stones. Earlier on, Brian Jones was multi-instrumental, but with addiction to drugs and alcohol, he lost his groove and struggled to play these instruments.

Sooner or later, Jones was now becoming a significant problem to the band as he was tarnishing its name. As a result, he was replaced by Mick Taylor after the group removed him.

Brian Jones fathered many children as he was involved with many women during his career life. Girlfriends knew to have dated him include Dawn Molloy, Anna Wohlin, Pat Andrews, and Valerie Corbett. Brian Jones was only 27 years at the time of his death. He died in 1969 after drowning in his swimming pool in Hartfield, East Sussex in England.