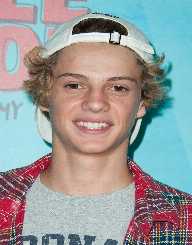 Teen heartthrob and kids’ favorite Jace Lee Norman was born on March 21, 2000, in Corrales, New Mexico. Jace was the youngest of the three children and spent his early childhood days at his home which was situated near the Rio Grande River. His older brother was named Xander Norman while his older sister was called Glory Norman. Right from his childhood days, Jace was an outdoor person and loved playing with his siblings. He indulged in activities like climbing trees, building forts and taking care of the animals he kept as pets. He had a pig, pygmy goats, chickens, dwarf bunnies, cats and dogs as his pets.

At the age of 8, Jace Norman and his family shifted base to Southern California. Subsequently, Jace got enrolled in a public school and continued with his primary education. Right from a very young age, he displayed a keen interest towards acting. He and his brother often used to make home videos, and this made him realize his passion for acting. At a very tender age, he understood that he had good potential as an actor and if he honed his skills, he could pursue it as a career. However, his parents were a bit apprehensive about his decision to be an actor. But as soon as they realized their son’s intense passion for the career, they extended their full support to all his endeavours.

By the age of 12, Jace Norman was able to convince his parents and taking note of his seriousness fully; they got him an agent. In 2012, his first ever acting audition became a success. He landed his first acting offer where he got the chance to appear on the Disney show ‘Jessie.’ Jace was seen as Finch, a guest role in the episode ‘Are You Cooler than a 5th Grader’. He was also seen in the episode ‘Revenge of the Goblins’ for the show ‘Deadtime Stories.’ Jace played the character of Flunky in The Thunderman’s episode ‘You Stole My Thunder, Man.’ Though small, the roles essayed by Norman caught the attention of many producers and directors.

Jace Norman's big break came when he auditioned for the Nickelodeon show ‘Henry Danger.’ He managed to impress the directors with his impeccable performance and was cast in the lead role of Henry Hart. The show which was first aired in the year 2014 saw him convincingly play the character of Henry Hart; the sidekick to Captain Man. Cooper Barnes portrayed captain Man. With this show, Norman garnered immense publicity, and within a short span of time, he became a kid’s favorite. At the 2016 Kid’s Choice Awards, Jace won the Favourite Male TV Star (Kids Show). The show became so popular that it had to start its third season in 2016.

Norman continued to work in TV shows and TV films alike. He was seen as Jace in ‘The Dumb Show,’ as Adam Baker in ‘The Splitting Adam’ and as Rufus in ‘Rufus.’ He became a part of the Nickelodeon reality game show ‘Webheads’ where he appeared as a contestant. He was the voice of Spark in the animated film ‘Spark.’ As per industry insiders and Norman’s fans, the teenage heartthrob has a lot of potential and will be a regular face in the TV arena in the upcoming years.

The 17-year-old star has managed to stay away from controversies. He is single and loves to spend time with his family and considers his father as his inspiration. He always seeks advice from his father. The young boy is passionate about sports and spends a lot of time playing competitive soccer and lacrosse. He is fond of the oceans, and one of his favorite pastimes is body boarding and sailing.