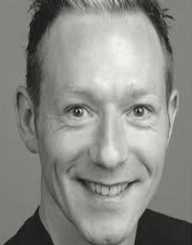 Paul Kasey is an English actor known behind the scenes for playing the roles of monsters and out-of-this-world characters for many movies and TV series.

Born in Chatham, Kent, England on August 5, 1973, Paul Kasey had a burning passion for theater and the arts. He enrolled at Surrey, England's Laine Theatre Arts where he learned a variety of skills such as dancing, singing, acting, and musical theatre for four years.

Upon graduating from Laine, Kasey busied himself by auditioning to a variety of musical where he eventually landed a role in the musical production of Grease. Kasey's involvement with the production ran for two years that was shown at the Dominion Theatre located in London.

Paul Kasey broke through the film industry when he won a part in the second installment of the action-packed vampire thriller film Blade II which premiered in 2002. The film starred Wesley Snipes while Kasey took on the role of a monster called the reaper. Playing the role of a monster exhilarated Kasey hence he continued playing similar roles given the opportunity as he expressed in an interview conducted in 2009.

Following his portrayal as the reaper in Blade II, he was cast as part of the zombie-themed film entitled 28 Days Later in the same year in 2002.  He also starred alongside Brendan Fraser and Helen Mirren in the 2008 film Inkheart.

In the more recent years, Paul Kasey was cast as part of the Star Wars series. He took on the role of Admiral Raddus in the prequel Rogue One, Ello Asty in the sequel entitled The Force Awakens, the character C'ai Threnalli in the latest installment entitled The Last Jedi.

Before his commercial success, he was cast as part of a three-musical act entitled Fosse that was supposed to go on tour in 2000 but opted to audition for the film Blade II instead.

Doctor Who, The Sarah Jane Adventures and Torchwood

In 2005, Paul Kasey's success skyrocketed when he landed a role in the re-launch of Doctor Who, a popular sci-fi TV series in the UK. In the series, he has played for more than 20 different characters including The Clockwork Android, The Pig Slave, the Time Zombie,  the Cybermen and its Cyber-Leader to name a few. His acting skills as monsters and inhuman entities propelled him to be cast as part of the series' spin-off.

In The Sarah Janes Adventures, he portrayed Uvlavad Kudlak, Judoon, The Dark Rider, and the Red Robot as one of its many characters while he played The Hoix, Weevil, and the Blowfish in Torchwood series.