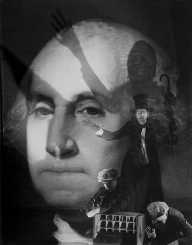 Born on March 27, 1879, Edward Jean Steichen was a Luxembourgish American painter, photographer and museum keeper. Edward Jean Steichen was not just an ordinary painter and photographer, but one who passion, let his speaks through his impeccable works. Due to his style and dedication to faultless work, Edward Steichen became one of the most sought for photographers and painters of his time. Steichen’s works had premium, a reason why Alfred Stieglitz’s popular magazine, Camera Work, would always publish his works from 1903 to 1917. During 1911, his photos of gowns for the Magazine Art et Decoration was believed to be the first modern photographs for fashion.

As Edward Steichen worked with Stieglitz for a while, the two open Little Galleries of Photo-Secession which later became 291. Edward Steichen became very popular for his works, and that popularity came with opportunities as Edward Steichen worked with several advertising agencies and popular magazines like Vogue, Conde Nast and Vanity Fair from 1923 to 1938. The more work he had, the more his purses also grew making him the highest paid photographers in the world. Edward Steichen later worked in theNew York Museum of Modern Arts as the Director of the Department of Photography after the World War II to 1962. Prior to the position, Edward Steichen had directed the war documentary The Fighting Lady in 1945 which would later in 1945; win him an Academy Award for Best Documentary. Whiles at the Museum of Modern Art, he came out with the exhibit The Family of Man.

Edward Jean Steichen was born in Bivange, Luxembourg to Jean-Pierre and Marie Kemp Steichen. Edward Steichen and his mother moved to the United States in 1881 after his father who migrated there a year before had finally settled in Chicago. The family later moved to Milwaukee when Steichen was ten years. This was where his future profession would be initiated. At age 15 he joined the American Fine Art Company of Milwaukee as an apprentice in lithography for four years. Whiles, there he self-learned how to paint, sketch and draw. In 1895, he bought his first camera, a second-hand Kodak box detective camera. As a citizen of Luxembourg, Edward Steichen naturalized in the United States in 1900.

With his growing passion for photography, he collaborated with some other friends with interest in drawing and photography to founded the Milwaukee Art Student League. To perfect their field of work, they sometimes hired the services of Richard Lorenz and Robert Schade to lecture them. Edward Steichen would later move to France for to work but left in 1914 with his family just a year before the German invasion of France. However, in 1917, he returned to the country as part of the Photography Division of the American Army Signal Co

Nature brought Edward Steichen and Alfred Stieglitz together after he made a stop at New York whiles traveling to Paris. That was the time Edward Steichen expressed interest in Steichen’s works and during their first meeting bought three of his photographic prints. That was the beginning of their long-term partnership. Stieglitz later in 1902 contracted Edward Steichen design a logo for his upcoming magazine, Camera Work with a custom typeface. Both worked together and Edward Steichen photographic works were most used in the magazine. His works for the magazine is regarded as the first ever modern fashion photography shoot. He also served in the US Army in World War I and also in the US Navy in World War II where he contributed to the military photography.

Edward Steichen commanded the American Expeditionary Forces after the World War I but later went back into fashion photography. His photograph of actress Greta Garbo in 1928 still stands as one of the ultimate portraits of Garbo. With his experience in the World War I, Edward Steichen also served as the Director of the Naval Aviation Photographic Unit. During his service, he released the war documentary The Fighting Lady. This work won him an Academy Award for Best Documentary in 1945.

After a successful service in the Navy, Edward Jean Steichen was in 1945 appointed to the New York Museum of Modern Arts as the Director of Photography, a position he held until 1962. During his term, if office, he organized one of the biggest exhibitions The Family of Man at the Museum of Modern Arts at the time. The exhibition depicted life, love and death in 68 countries with over 500 photos. Out of the lots of photographic work, exhibited, Edward Steichen got attracted to a photograph by Guy Gillette which depicted a wounded cow-dog named Red awaiting veterinary service.

Edward Jean Steichen was awarded an Academy Award for Best Documentary in 1945for his documentary The Fighting Lady. In 1963, he was given a Presidential Medal of Freedom by US President Lyndon B. Johnson

His work Pond-Moonlight in 1904 was in 2006 printed and sold for a record $ 2.9 million, the highest for an auctioned photograph at the time. The brilliant photograph was taken in Mamaroneck, New York. It portrayed the wooded area and pond while the moon appeared in the trees giving its reflection of the pond. Edward Steichen worked extensively on the paint by manually applying layers of light-sensitive gum to the paper to create a color impression. Three of the original work of The Pond-Moonlight still exists.

In 1903 Edward Jean Steichen married Clara Smith and had two daughters Katherine and Mary whiles in France. A year after their marriage, Edward Steichen was accused by his wife of having an affair with an artist friend Marion H. Becket who lived with them at the time. This necessitated them to move from France to the US in 1914. Unconvincing Clara later in 1919 sued Marion Beckett for having an affair with his husband without any prove. The couple divorced in 1922.

Edward Steichen later married DanaDesboro Glover a year after. The couple stayed together until Dana died of leukemia in 1957. Three years on, Edward Steichen married Joanna Taub who he stayed with until his death. Steichen died age 94 on March 29, 1973.