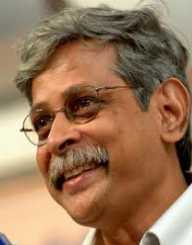 Muhammed Zafar Iqbal was born on December 23, 1952. He is a Bangladeshi writer, professor, activist and physicist. He writes science fiction and children stories. He developed an interest in writing from his father who motivated him to do that which he loved. He is a professor of computer science and engineering at the Shahjalal University of Science and Technology.

Muhammed Zafar Iqbal is among the first writers who began writing science fiction in the Bengali language. He is also good in physics and mathematics. He is a columnist as well in some of Bangladesh’s Newspapers. He currently heads the Electrical and Electronics Engineering department at Shahjalal University of Science and Technology.

Muhammed Zafar Iqbal was born on December 23, 1952 in Sylhet, Bangladesh. He was born to Faizur Rahman Ahmed who was a police officer and Ayesha Akhter Khatun. His father was martyred in the Liberation War of Bangladesh in 1971. He was brought up alongside two siblings. He started writing from a young age through his father’s motivation. He wrote his first short story book when he was seven.

Muhammed Zafar Iqbal published his first story titled ‘Copotronik Love’ when he was a student at Dhaka College. His story was published in a local magazine called Bichitra. He later rewrote the story and wrote ‘Copotronic Joy and Sorrows.’ He writes science fiction, nonfiction, and children stories. He is popularly known for writing science fiction and children stories majorly. In 1983, he started working with California Institute of Technology as a post-doctoral researcher. In 1988, he was employed as a research scientist at Bell Communications Research. In 1994, he resigned from his job and went back to Bangladesh. At Bangladesh, he began teaching at the Computer Science and Engineering Department of Shahjalal University of Science and Technology.

Muhammed Zafar Iqbal was later appointed as the head of the Electrical and Electronics Engineering Department, a post that he holds to date. He wrote books including ‘Theory of Relativity,’ ‘Quantum mechanics,’ ‘Anima’ and ‘Sobuj Velvet’ among other books. Several of his books and novels have been adapted into films and dramas. Such books include ‘Amar Bondhu Rahsed’ and ‘Bubuner Baba’ among other novels.

In 1978, Muhammed Zafar Iqbal married Dr. Yasmeen Haque with whom he has two children, Nabil (son) and Yeshim (daughter). His wife is the dean of Life Science Department and Head of the Physics Department at the Shahjalal University of Science and Technology. His daughter has released a translated version of his children’s book ‘Amar Bondhu Rashed’ which when translated reads ‘Rashed, My Friend).

Muhammed Zafar Iqbal had two siblings, Humayun Ahmed and Ahsan Habib. Humayun was a famous novelist and filmmaker while Ahsan Habib is a cartoonist and editor of the satirical magazine, Unmad. Unmad magazine if translated means Mad.