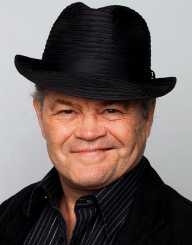 Dolenz first began his show business career as a child. When he was ten years old, Dolenz starred in children’s show Circus Boy. In the show, he acquired his nickname, Micky. Dolenz went to high school in Valley Glen, Los Angeles. He graduated in 1962. During his school time, Dolenz made several TV appearances. He later went to study in college in Los Angeles. Dolenz also learned to play guitar and performed with several rock n’ roll bands.

In 1965, Micky Dolenz responded to an ad calling for cast for a new TV show about a rock band. He auditioned and got the role in The Monkees. He became the drummer and lead vocalist of the group, along with three other actors - Davy Jones, Michael Nesmith, and Peter Tork. For the role, he had to take drumming lessons, but he learned to play quickly and even performed himself when The Monkees went on a tour.

Dolenz was the distinctive sound of The Monkees. He also wrote several songs for the band. The show ran for two years, and in the end, Dolenz co-wrote and directed the final episode.

When The Monkees show ended, Micky Dolenz went on to perform in various TV projects. He mostly acted as voice over in different cartoon series, like The Scooby-Doo Show, Butch Cassidy and the Sundance Kids and several other shows. He also played one of the bandmates in the TV series Boy Meets World. He also provided the voice-over as the Two-Face on Batman: The Animated Series.

In 1977, Dolez and one of his previous bandmates Davy Jones performed in the musical The Point! in London. After the show ended, Dolenz stayed in London and began directing and producing for both stage and television. He led the sitcom Metal Mickey and the short film Balham, Gateway to the South.

In 2005, Dolenz started working at the WCBS-FM in New York, replacing Dan Taylor as the morning DJ station.

In 1986, MTV took an interest in renewing the popular The Monkees series. The group reunited and released a single That Was Then, This Is Now. The also went on a 20th-anniversary tour and released a greatest hits album.

The group has since then reunited several times. In 2011 and 2012 they toured England and had two tours in the United States. Together with Tork and Jones, they played several concerts in the tour An Evening with The Monkees: The 45th Anniversary Tour.

In 2012, Jones suddenly died, and Michael Nesmith joined the group. The three toured again in 2013 and 2014. Micky Dolenz continues to work as a TV director in England and United States. He has also starred in acting roles in some TV shows, including The Equalizer and Pacific Blue.

Dolenz has been married three times. In 1968 he married his first wife, Samantha Juste. The couple had a daughter Ami, who became an actress. In 1975, the couple divorced but remained close friends until Juste died in 2014.

In 1977, Dolenz married Trina Dow and had three daughters. In 1991, the couple divorced. Micky Dolenz’s last marriage was in 2002, with Donna Quinter.