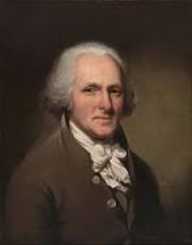 Charles Willson Peale was a famous American painter known for his historical paintings and artworks. He was also known for his paintings of notable figures, such as George Washington. He also helped in the establishment of one of the first museums in America. Charles Peale was also an inventor, soldier, politician, scientist, and naturalist.

Charles tried out as many skills as he could while growing up. He was an apprentice to a saddle maker at the age of thirteen. He went on to set up his saddle making franchise, although that didn't last. Charles also ventured into clock fixing and metal making. Like the saddle franchise, these also failed, and he finally discovered that he had the talent of painting and would go on to build a beautiful career as a painter.


Career as a Painter

When Charles Willson Peale discovered his talent for painting, he went on and studied under John Hesselius and John Singleton Copley. He studied under them for a while before going over to England to learn under Benjamin West, having been funded by John Beale Bordley and his friends. After completing his learning under West, he returned to America and settled in Annapolis, in Maryland. He also taught his younger brother, James about painting. James would later go on to become a successful painter as well.

Peale’s Paintings During the American Revolution

Out of interest for the Nascent National Government, Charles Willson Peale moved to Philadelphia in 1776. He took to painting portraits of notable American personalities as well as visitors from outside the shores of the country. He also got involved in the military as he raised troops for the War of Independence. He rose to the rank of Captain the Pennsylvania militia in 1776. His activities in the military did not prevent him from painting as he painted portraits of soldiers while in the field. Peale also took an active part in politics, serving as a member of the Pennsylvania State Assembly between 1779 and 1780.

Peale did portraits for many famous figures such as Benjamin Franklin, Thomas Jefferson, John Hancock, James Varnum, and Alexander Hamilton. He is, however, best known for his portraits of George Washington. He first painted a portrait of Washington in 1772 and went ahead to paint him six other times. Armed with these seven model portraits, Peale went ahead to produce about sixty other portraits of George Washington. Another of his famous paintings is the double portrait of his sons, Raphaelle and Titian, called The Staircase Group.

Charles Willson Peale was much interested in science and natural history. He founded the Philadelphia Museum, which later became known as Peale’s American Museum. The Museum had in it a vast and diverse collection of specimens ranging from botanical, biological and archaeological specimens. There was a wide variety of birds, personally acquired by Peale who also had a good knowledge of Taxidermy. The museum was also the first to display mammoth bones. It was also among the first museums to adopt Linnaean taxonomy.

The Peale Museum would, however, go on to fail, due to lack of funding from Government. The museum was sold after the death of Peale.

Charles Willson Peale married Rachel Brewer in 1762, and together they bore ten children. She died in 1790 and Peale remarried to Elizabeth de Peyster in 1763. Together they bore six children. Peale married a third wife, Hannah More, and she helped in raising the younger children from his previous marriages. Peale also had a slave, Moses Williams, who learnt artworks and became a successful Silhouette artist.

He owned a farm in Germantown, which he had purchased in the year 1810. He christened it ‘Belfield.’ He spent time cultivating extensive gardens in the estate and lived there with his son Rubens after the death of his wife Hannah in 1821. He would go on to sell Belfield in 1826.

He died on the 22nd of February, 1827, and was interred at St. Peter’s Episcopal Church, Philadelphia.