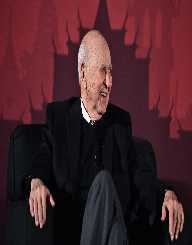 Carl Reiner was born 20th March 1922, to Irving and Bessie Reiner. He was born in the Bronx, New York, in the United States. His father was a watchmaker, and he had an older brother, Charlie.

Reiner credits his older brother as the one that set him on his entertainment career. Charlie read about a free drama workshop and told Reiner about it.

Carl Reiner was drafted into the Air Force in 1943 to serve during World War II. He eventually found himself performing for the Pacific Theater, and entertained troops between 1944 and 1946 when he was discharged.

He soon became busy with his career. He performed in several Broadway productions, and in 1950 he started performing in Your Show of Shows, appearing on air as well as writing. It was during this period that he met Mel Brooks.

In 1960, Reiner and Brooks teamed up to appear on The Steve Allen Show. Their comedy act gathered momentum, and several albums were released over the ensuing years.

Reiner wrote a television pilot in 1959, called Head of the Family. The network didn’t like it, but in 1961 it was re-titled as The Dick Van Dyke Show and became a hit between 1961 and 1966. Reiner wrote many of the episodes and made regular appearances. Reiner also began his directing career on the show.

Reiner was instrumental in the career of Steve Martin, co-writing four of Martin’s early movies, as well as directing them.

He has written several books, including Enter Laughing (1958), Continue Laughing (1995), and five biographies amongst others.

Carl Reiner was a screenwriter for seven productions and directed 15 movies. He also wrote for 12 television series.

Reiner  has won nine Emmy Awards, and one Grammy Award.

He has been inducted into both the Emmy Award Hall of Fame, and the Television Hall of Fame.

Carl Reiner  married Estelle Lebost in 1943. The couple were married until Lebost’s death in 2008. They had three children together, two sons and a daughter.