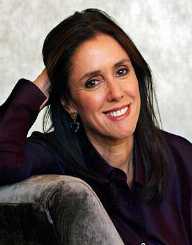 Julie Taymor was born on December 15th, in 1952. She is famous for being an American director. Her notable theatrical works include Lion King and Spider Man: Turn Off the Dark. The former Broadway productions went ahead and garnered her high acclaim as the adaptation grew to become one of the most successful musicals of all time.

Julie Taymor was born on December 15th, in 1952. Her birthplace was in Newton, Massachusetts. Her mother, Elizabeth worked as a political science professor. On the other hand, her father, Melvin Lester worked as a gynecologist.

Right from a tender age, Julie Taymor's interest in theatre was evident. When she was around ten, she went to the Boston Children’s Theatre. Here, she featured in several productions. After completing her high school education, she moved to Paris where she joined L'ÉcoleInternationale de Théâtre Jacques Lecoq.

In 1970, she joined Oberlin College situated in Ohio. Around this period, she also associated herself with notable individuals on theatre such as Joseph Chaikin. Similarly, she took internships with companies that were in New York City. In 1973, she went to the American Society for Eastern Arts where she only studied for one summer semester.

In 1980, Julie Taymor returned to the United States from Indonesia. Four years later, she collaborated with Theatre for a New Audience (TFANA) where they worked on A Midsummer Night's Dream. In 1986, she directed The Tempest which marked her first role as a director for Shakespeare’s works. She also worked with TFANA in other three productions including The Taming of the Shrew, The Green Bird, and Titus Andronicus.

Julie Taymor’s big break came in 1997. This was after her work in producing The Lion King. This work garnered her profound fame. Lion King continues to play to this date and that it has been presented in about 63 cities in more than 12 countries globally. Over 45 million people have seen Lion King.

Her remarkable directing skills portrayed in Lion King garnered her several awards including the Tony Award. Receiving this award made her the first woman to be bestowed with a Tony Award under the best direction of a musical. Besides winning an award from this category, she also bagged home the same award for her unique costumes.

Aside from demonstrating her directing skills on theatre, Julie Taymor has directed several films. Her first work was in 1992 where she directed Fool’s Fire. The film performed well particularly in Tokyo as it was bestowed with Best Drama Award. Her first feature film was her production of Titus in 1999. This film had been adapted from Shakespeare’s work Titus Andronicus. The film was nominated for an Academy Award.

Her major boost in the film industry came after producing Frida. This was based on a true story of Frida Kahlo. Due to this work, Julie Taymor was nominated six times for an Academy Award. Similarly, it also received two Golden Globe nominations. Taymor bagged home a Golden Globe award for this film under the category of Best Original Score.

Julie Taymor entered into a romantic relationship with Elliot Goldenthal in 2012.